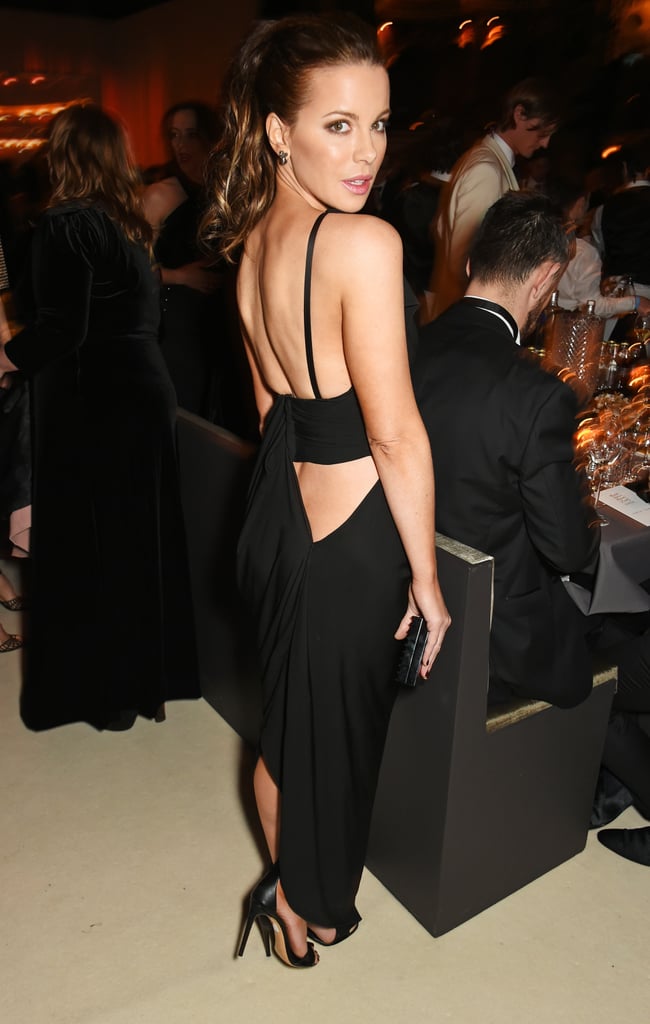 Kate Beckinsale made a scorching hot appearance at the British Fashion Awards in London on Monday. The 42-year-old actress posed for photographers and signed autographs on the red carpet before making her way inside the party, which boasted a guest list that included stars like Lady Gaga and Victoria Beckham, who was joined by her husband, David Beckham. The chic outing comes during a pivotal time for Kate, who stepped out without her wedding ring on Sunday, after reports surfaced that she had separated from her husband of more than a decade, Len Wiseman. Keep scrolling for more pictures of Kate's sexy night out, and then relive her hottest moments of all time.