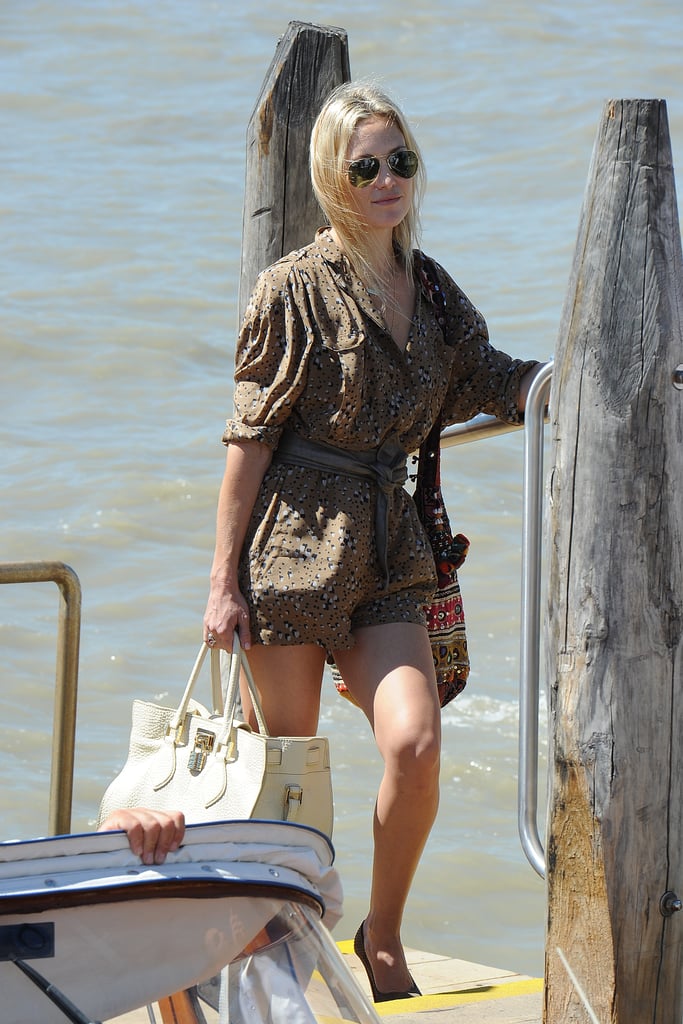 Kate Hudson wore a Twenty8Twelve romper this morning for a venture into Venice. She's in Italy to premiere her latest movie, The Reluctant Fundamentalist, alongside director Mira Nair, who was also the woman behind the camera for Reese Witherspoon and Robert Pattinson's 2004 movie, Vanity Fair. Kate and Mira will open this year's Venice Film Festival with their picture alongside leading men Liev Schreiber and Kiefer Sutherland. Liev has also arrived in Italy alongside his real-life love Naomi Watts. There are plenty more stars expected on the red carpet this year, including Rachel McAdams and Ben Affleck. We've also taken a look back at celebs at the Venice Film Festival, which is the longest-running cinema festival in the world since its inception in 1932.

Celebrity Style
The Venice Film Festival Is Bringing Back the Glamour of the Red Carpet, and Oh How We Missed It
by Hannah Weil McKinley 03/9/20