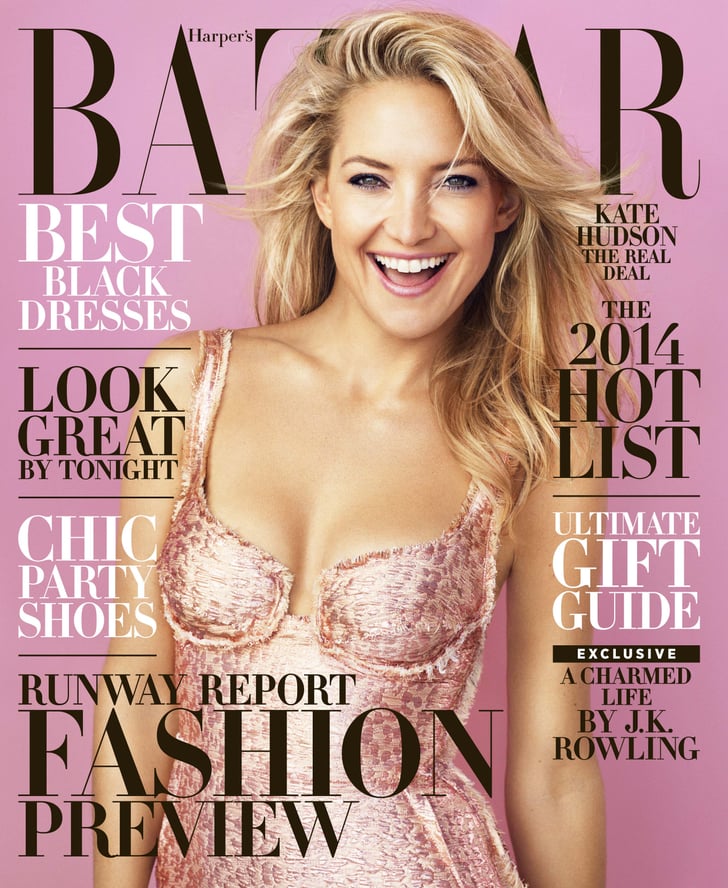 Kate Hudson shows off her signature smile on the cover of Harper's Bazaar's December/January issue, which she posed for during a sexy photoshoot in Malibu last month. Inside the publication, she shares her sentiments on family — they are "excellent" — and fitness — "it really is a vital part of my day in terms of energy." Kate also touches on fashion, proclaiming that she "can't afford" many designer pieces. She adds, "There are certain things I splurge on, but it's very rare, especially when you have two kids and school tuition. I'm not a big high-end fashion shopper. I wish I could, but the truth is things are just so expensive. Before Isabel Marant was a million dollars and famous, I used to go to her store in Paris and go crazy, it was so affordable."

Kate recently launched her own line of affordable workout apparel, Fabletics, proclaiming that it's important to her to "reach a larger amount of women, where they can afford the things I'm selling. Especially with the economy, it doesn't make sense to me anymore." One thing it seems we won't see Kate get involved in, though, is social media — the actress told the glossy that she's "scared" to join in on the craze.