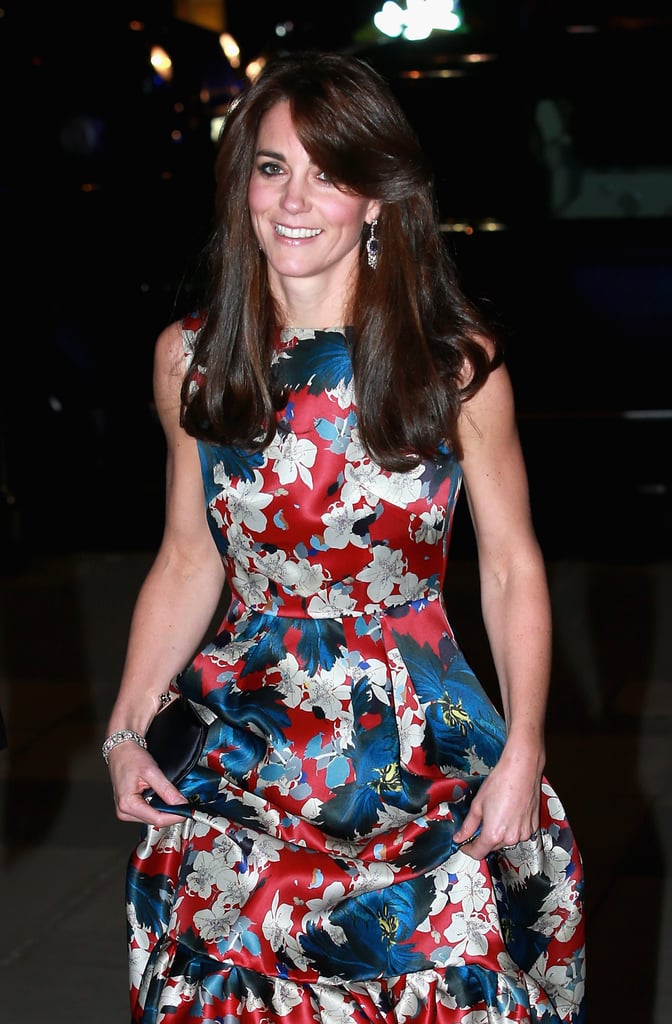 The Duchess of Cambridge arrived in style at the 100 Women in Hedge Funds gala in London on Tuesday. She looked absolutely divine in a satin floral print Erdem dress and lit up the red carpet while posing for photos with the organisation's CEO, Amanda Pullinger, and chairwoman Mimi Drake. The event, at which Kate was set to present the European industry leadership award, benefited the children's charity, The Art Room, of which Kate is a royal patron. She focused on philanthropy earlier in the day as well, meeting with children and mentors from Chance UK.

The Duchess of Cambridge has made a string of glamorous appearances these past couple of days, from a children's charity event at the British Academy of Film and Television Arts' London headquarters to the world premiere of the new James Bond film, Spectre, with Prince William and Prince Harry at the Royal Albert Hall. Read on to see more moments from Kate's latest outing, then check out all the countries she's visited since becoming Duchess of Cambridge.