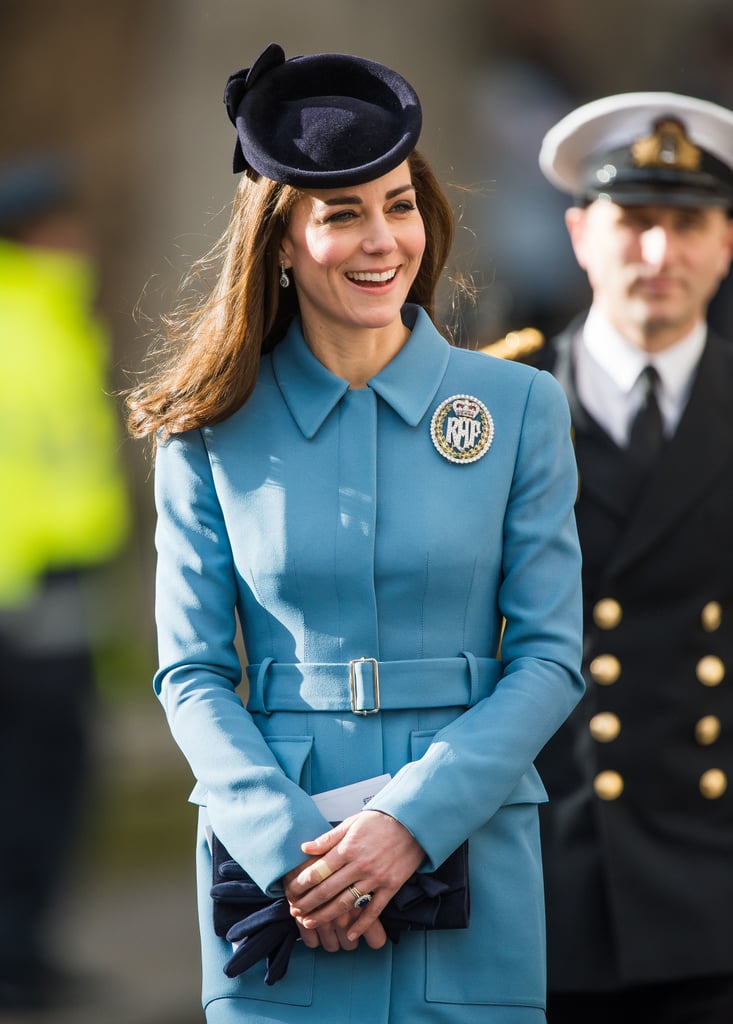 The Duchess of Cambridge was all smiles when she arrived at St. Clement Danes Church in London for the 75th anniversary of the Royal Air Force Air Cadets on Sunday. At the event, which marks her first engagement as honourary air commandant of the Air Cadets, she donned a sparkly Air Cadets Dacre brooch, which is usually given to the best female cadet, and revealed to cadet Lucinda Conder that Prince George "is now obsessed with the Air Cadets and wants to join." In December 2015, Kate followed in the footsteps of Prince Philip, Prince William's grandfather, when she was made the honourary air commandant by the Duke of Edinburgh, who served as air commodore-in-chief for 63 years. Keep reading to see more of Kate's latest outing, and then check out the big responsibility Queen Elizabeth II just passed on to the duchess.