⛺️ The Duchess of Cambridge has joined forces with @CBBC's Blue Peter to get stuck in with pond dipping, planting and team den building with local children and Blue Peter presenter @Linds_BluePeter. pic.twitter.com/byLdNkyQsJ

The Duchess of Cambridge is set to make an appearance on CBBC's Blue Peter on June 13, where she'll be seen building a den, doing a spot of gardening, and even trying her hand at pond dipping with a group of local children and the show's presenter Lindsey Russell. It's all in support a competition the duchess is running with the long-running kids TV show, which gives children the chance to design a statue that may eventually be displayed in her Back to Nature Garden at RHS Wisley.

The garden is a continuation of a project Kate first began for the Chelsea flower show (you probably remember those sweet photos of Prince George, Princess Charlotte, and Prince Louis enjoying the garden). The nostalgic, childhood-inspired garden will feature a lot of the same family-friendly elements that appeared in the original design, and the Blue Peter statue will be the perfect finishing touch. You can find out more by tuning in to CBBC at 5.30 p.m.

Netflix
Love Is Blind's Lauren and Cameron Did a Home Tour, and Boy, Has That Bachelor Pad Changed
by Kelsey Garcia 3 hours ago 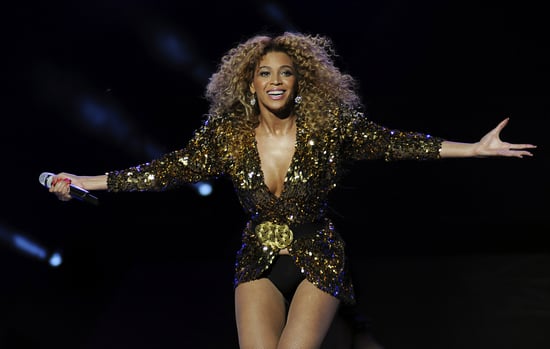 Netflix
Filthy Rich: A Brief Overview of the Major Events in Jeffrey Epstein's Life
by Hedy Phillips 4 days ago