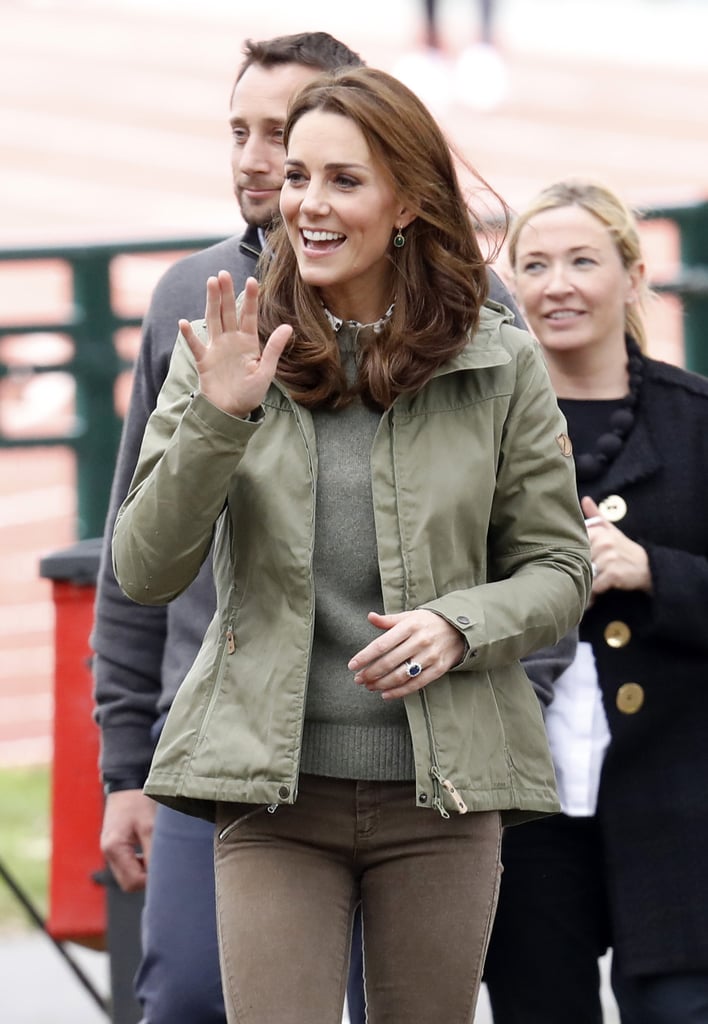 The Duchess of Cambridge is back from maternity leave! After giving birth to her third child, Prince Louis, in April, the royal returned to her royal duties when she visited Sayers Croft Forest School and Wildlife Garden in London on Oct. 2. Dressed casual in brown skinny jeans, an olive green jumper, and a matching jacket, Kate looked relaxed and carefree as she chatted with teachers at the school.

While Kate has generally stayed out of the spotlight during her maternity leave, she has attended a few special events with the royal family, such as Prince Harry and Meghan Markle's wedding, Trooping the Colour, and Prince Louis' royal christening. We have a feeling she'll be front and centre for Princess Eugenie's upcoming nuptials as well. Prince William and Kate's children, Princess Charlotte and Prince George, are expected to play a special role in the bridal party. See more pictures from her most recent appearance ahead!