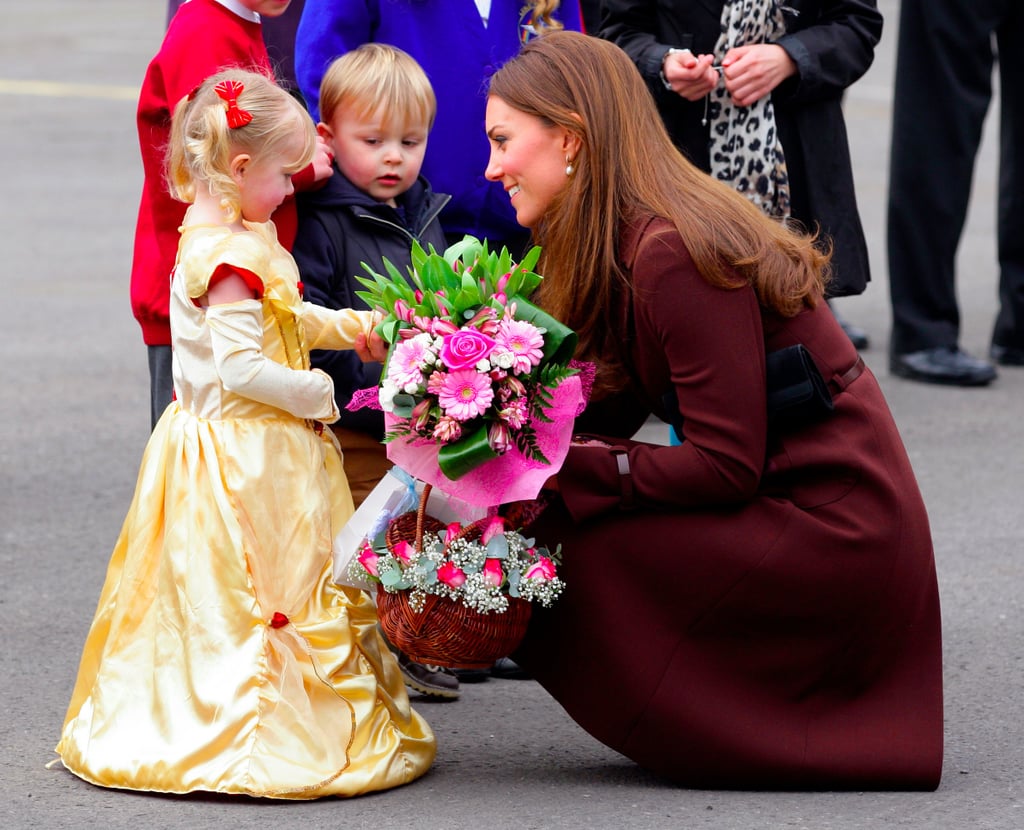 What Does the Duchess of Cambridge Do With All Those Flowers?

One of the best things about the Duchess of Cambridge's royal walkabouts is getting to see her interacting with the people — both children and adults seem to soak up her sweet energy and don't hesitate to greet her arrival with cheers, homemade signs, teddy bears, and flowers. If there's one thing you can expect from a Duchess of Cambridge appearance (besides seeing her being supercute with kids) it's that you'll get to see her accept bouquet after bouquet from her well-wishers. Most recently, while wrapping up her royal tour in Canada, Kate even got her 1-year-old daughter Princess Charlotte in on the fun, letting the little one hold and sniff a bunch of roses from a young boy.

Kate has said that the rest of her family teases her for spending "far too long chatting," during her public appearances, but it's one of the things we've come to love most about the duchess. While she never turns down a pretty bunch of blooms, we do have to wonder: what does she do with all of them? Typically, she will hand them back to staff members walking through the crowd with her, and they often end up going to churches or charitable organisations — though we wouldn't be surprised if Kate keeps some florals for herself every once in a while.