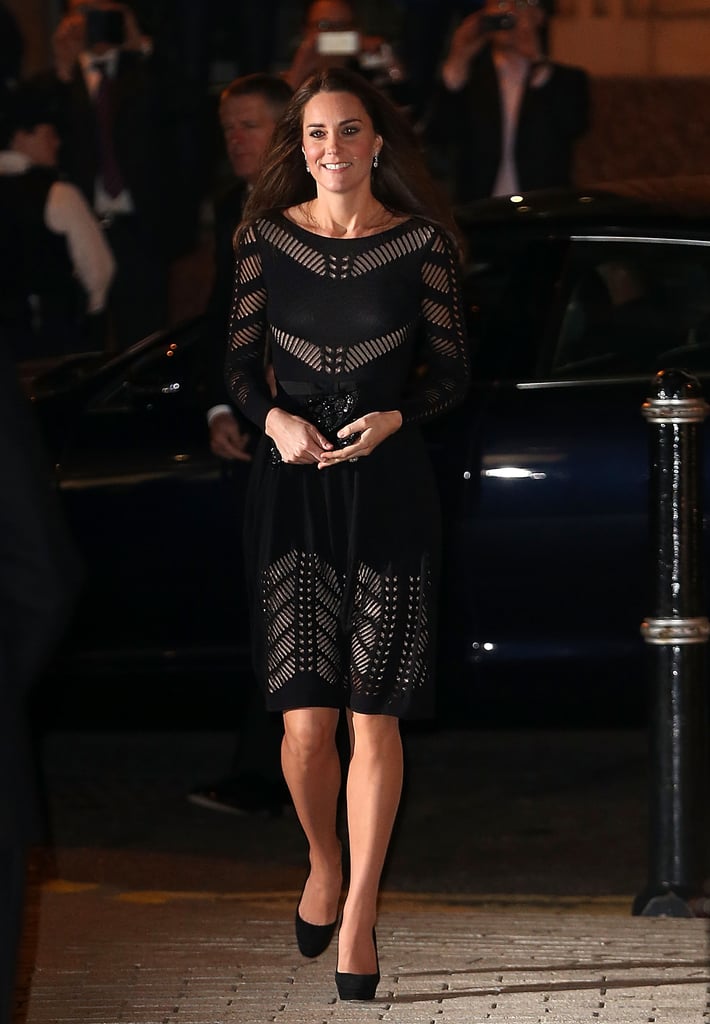 Catherine, Duchess of Cambridge, stepped out for Action on Addiction's Autumn Gala event on Thursday, donning a black Temperley London dress from the brand's Pre-Autumn 2014 collection. Kate became the patron of Action on Addiction in 2012, and this week's event is set to thank the charity's supporters and raise more awareness for the organisation, which supports treatment and rehabilitation for families and children affected by addiction. The outing marks the latest of Kate's pregnant appearances, including when she greeted the Singapore president with Prince William on Tuesday and she stepped out solo for the Photographer of the Year Awards later that night. At the time, she joked that she was glad to be "out of the house" after battling severe morning sickness for the past two months, but if this week's appearances are any indication, it looks like Kate is feeling better and we'll likely see more of her in the coming months.