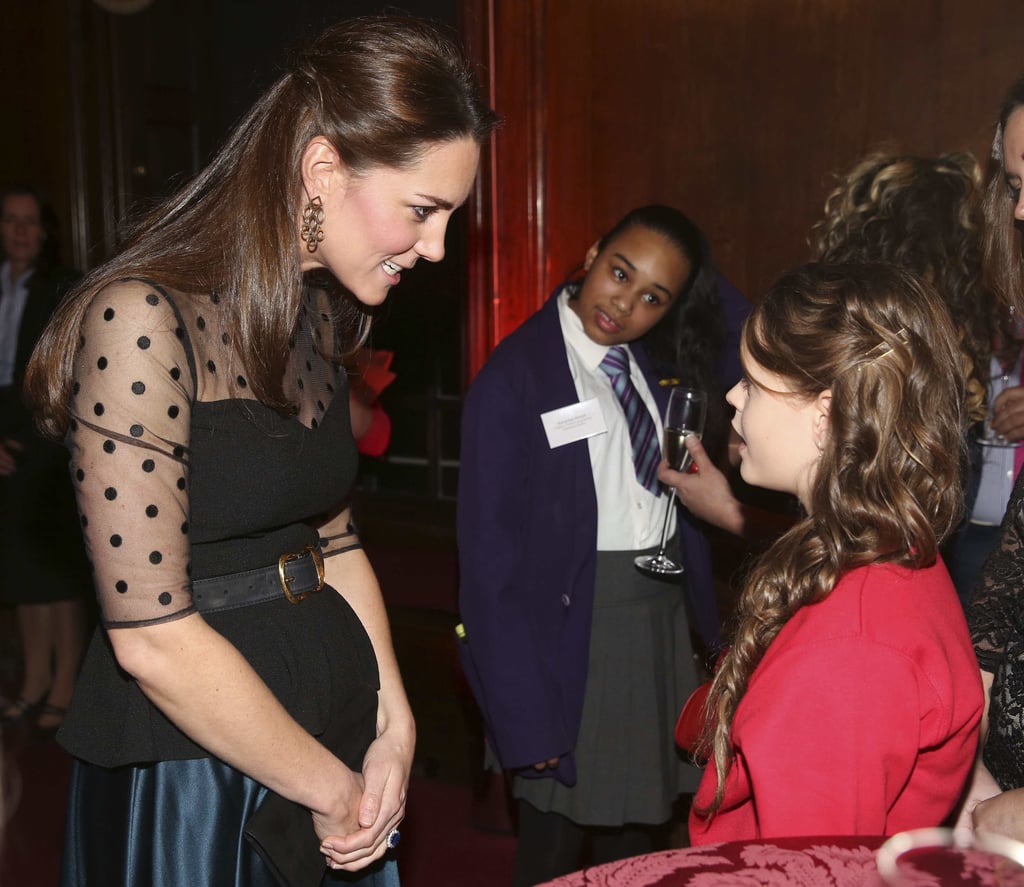 The Duchess of Cambridge paid it forward at Kensington Palace on Wednesday. Surrounded by visitors from her Place2Be charity, which focuses on children's mental health, Kate recognised the hard work of others at the first-ever Wellbeing in Schools Awards. However, the spotlight remained on the duchess, whose Hobbs polka-dot top and Jenny Packham skirt revealed her growing baby bump. According to reports, Kate is about four and a half months pregnant. Although the first few months of her pregnancy were marked by a bout with severe morning sickness, the royal has since bounced back and made a handful of appearances in the last month. Most recently, the duchess attended the Royal Variety Performance, where she met Harry Styles, and in December, she'll make a trip across the Atlantic to NYC with Prince William. Keep reading to see Kate's new pictures, and then get all the details on her upcoming visit to the States!

The Royals
Meghan Markle Reflects on the Highs and Lows of 2020: "We Found New Ways to Be Close"
by Monica Sisavat 14 hours ago