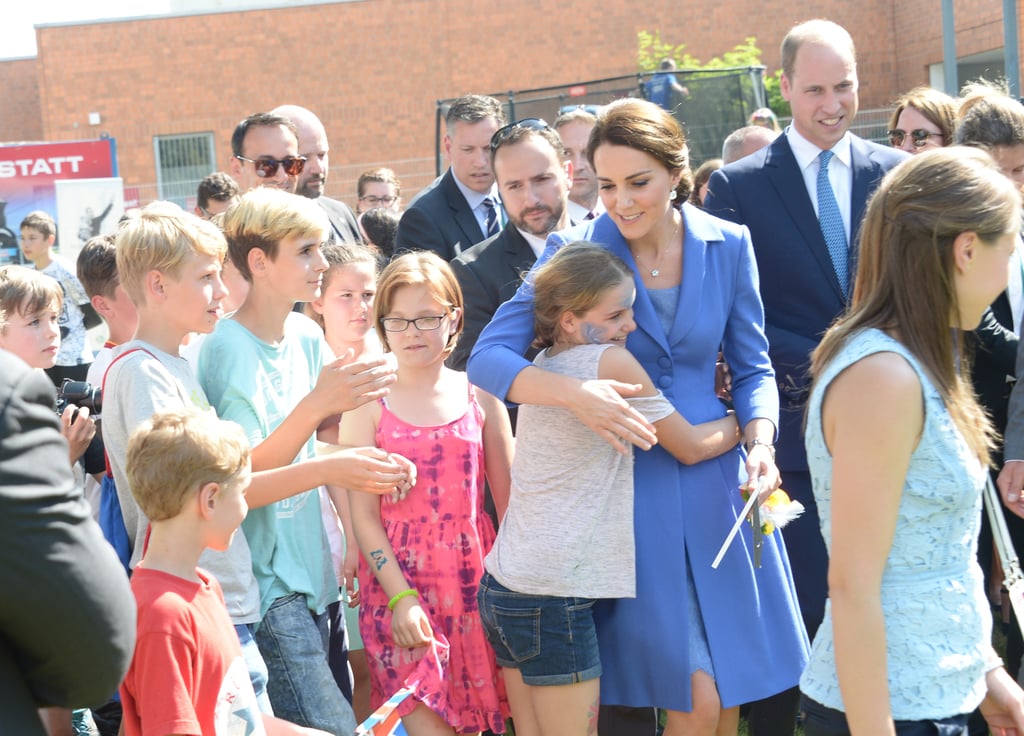 Following their whirlwind visit to Poland, the British royal family kicked off the second part of their latest tour when they landed in Germany on Wednesday. While Princess Charlotte and Prince George's cute antics were in full effect, the Duchess of Cambridge also had a few special moments of her own. During a stop at Strassenkinder, a charity that supports kids from disadvantaged backgrounds, Kate broke protocol when she greeted a group of kids with warm hugs. Royal etiquette states that greetings should not go beyond a handshake, but the family breaks this rule all the time, especially when emotion takes over. In fact, Prince William grabbed headlines just last month when he bent the rules to console a victim of the Grenfell Tower Fire.