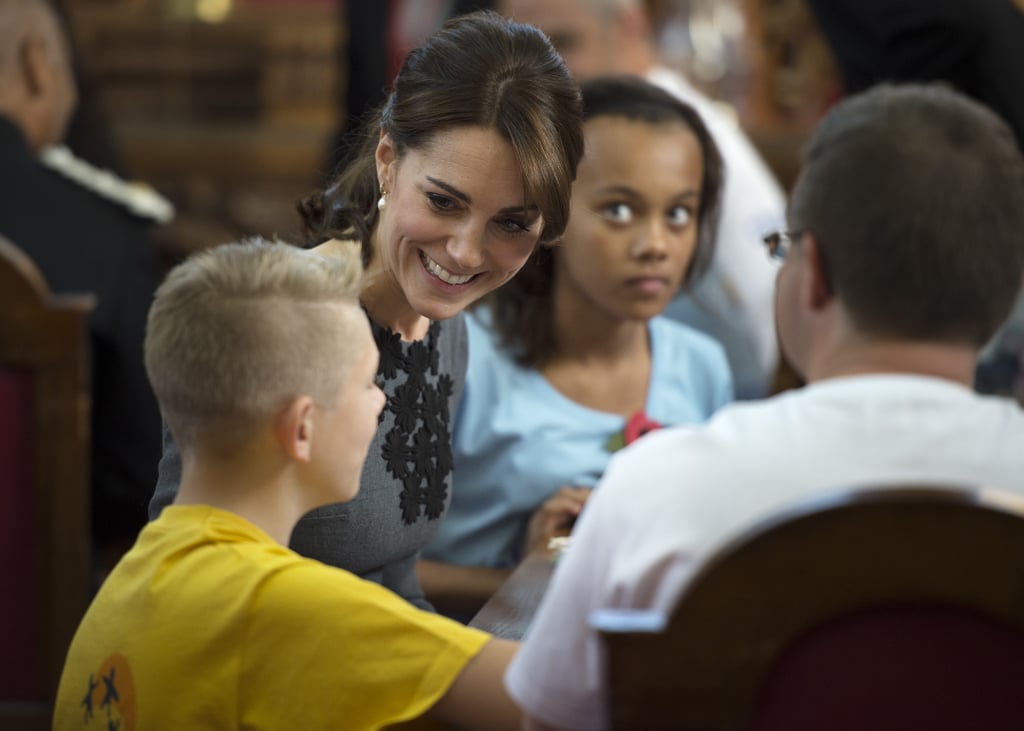 The Duchess of Cambridge made a smiley appearance in London on Tuesday morning, stepping out to meet children and mentors from a charity organisation at Islington Town Hall. She wore a gray dress for the outing, which involved learning more about Chance UK, an organisation that helps children who are at risk of developing antisocial behaviour. It's the latest in a series of efforts made by the Duke and Duchess of Cambridge to talk about children's mental health, including their recent trip to Scotland, which included a visit to Dundee Repertory Theatre to meet with families who have been helped by mental health programs.

Kate's solo outing comes after her glamorous night with Prince William and Prince Harry, as the royal trio returned to the red carpet on Monday for the world premiere of the new James Bond movie, Spectre, at the Royal Albert Hall. The group also linked up for a children's charity event this week, cracking each other up with a game of "Welly Wanging." Keep reading for more pictures from Kate Middleton's latest outing, and then check out fascinating facts about her!