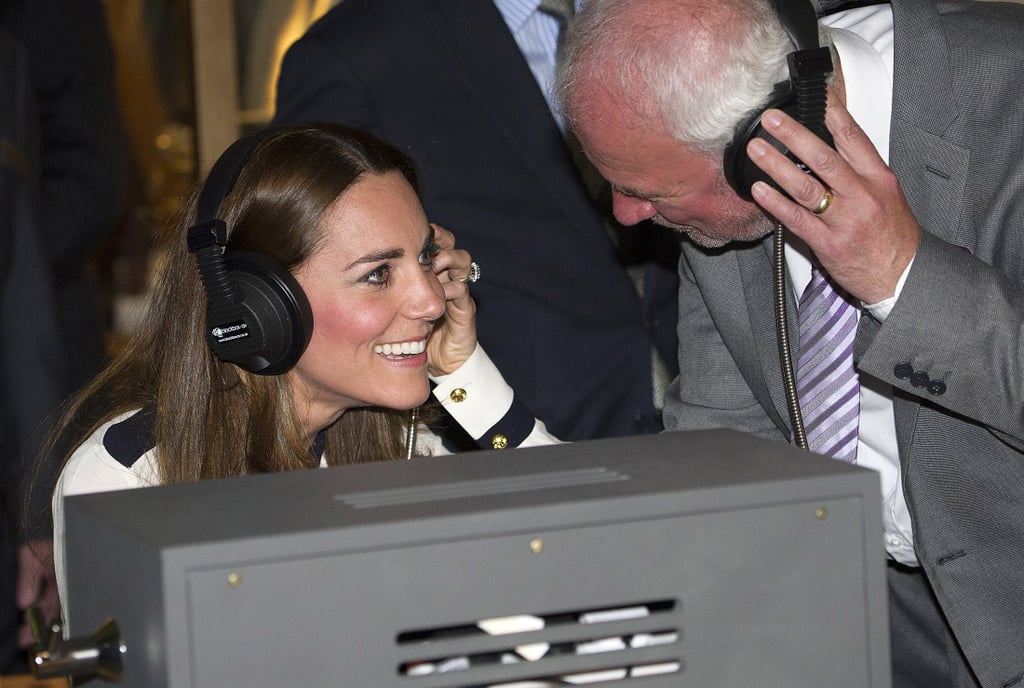 The Duchess of Cambridge made a solo appearance at Bletchley Park in Bletchley, England, on Wednesday. She stepped out in an Alexander McQueen nautical ensemble that she first wore back in 2011 and Prada heels, all smiles as she mingled with staff and visitors during her visit. Kate was there to retrace her grandmother Valerie Glassglow's steps at Britain's World War II code-breaking facility. The Duchess even tried her hand at deciphering Morse code messages like her grandmother did while intercepting enemy messages back in the '40s. She also planted a tree at the site in her heels, which she does quite often.

This marks Kate's first solo event this month. She was at the Order of the Garter ceremony earlier this week to support her husband, Prince William, and chased after Prince George as he tried to crawl away at Will's Father's Day polo match on Sunday. Those events came after the big royal family gathering at Trouping the Colour on Saturday, which is the queen's official birthday celebration.