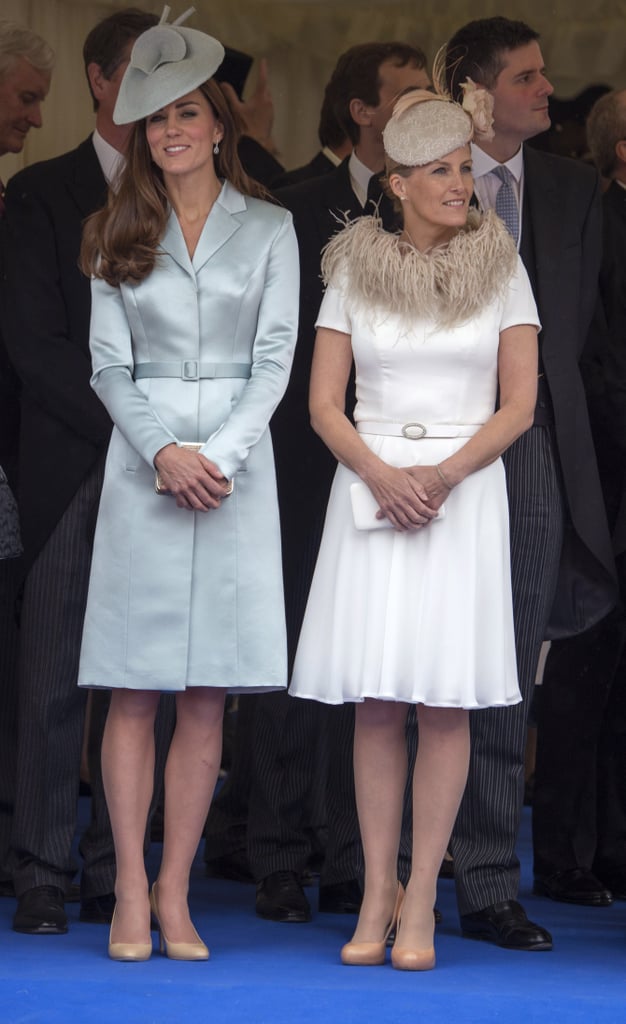 The Duchess of Cambridge made an appearance at the Order of the Garter ceremony at Windsor Castle on Monday. She wore a Christopher Kane coat and Lock & Co. hat while chatting with other members of the royal family in a tent and later rode with Prince Charles and Prince William in their carriage. While Kate Middleton didn't walk in the official Garter procession, she was there to support William, who walked in the parade with his grandmother Queen Elizabeth II and Charles.

Kate and William's Garter Service appearance came after the two spent William's first Father's Day with Prince George at a charity polo match. The duke was playing in the match alongside his brother, Prince Harry, and the duchess brought George along to cheer for his dad from the sidelines. On Saturday, the royal couple left George at home to attend the Trooping the Colour ceremony alongside other members of the royal family.