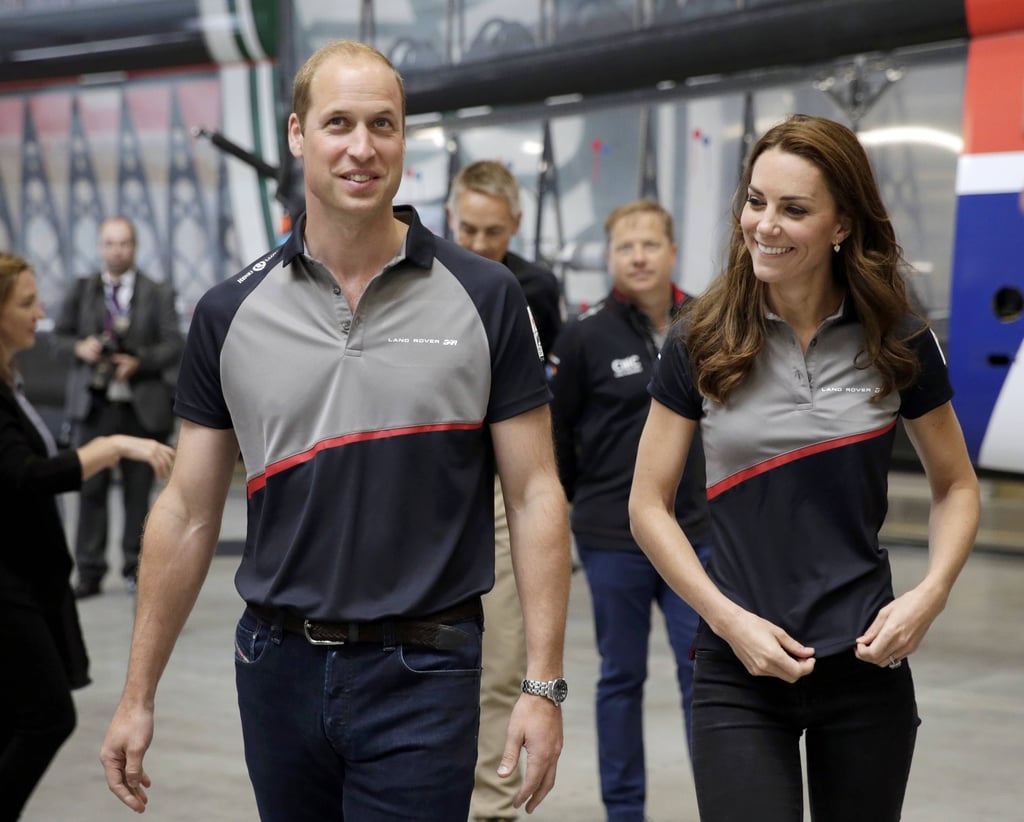 The Duke and Duchess of Cambridge were all smiles when they attended the America's Cup World Series in England on Sunday. Clad in black skinny jeans and a polo tee, the duchess toured the Ben Ainslie Racing headquarters before boarding a catamaran around Portsmouth with William. During their visit, 10-year-old competition winner Zak Kay asked William about Prince George's recent birthday gifts, to which the proud dad jokingly responded, "He got too many things. He's far too spoilt. He's not into boats yet."

Friday marked George's third birthday, and to celebrate the special occasion, the Duke and Duchess of Cambridge released four new photos of the tiny tot, who has started to look a bit grown up. In one of the images, George is shown smiling big for the camera while playing around on a swing engraved with the names of his parents. See more of William and Kate now, then check out the royal family's best pictures from their Summer.

Only Murders in the Building
Steve Martin Announces Plans to Retire After "OMITB" Wraps: "This Is, Weirdly, It"
by Chanel Vargas 16 hours ago

Nicola Peltz
Nicola and Brooklyn Beckham Deny Victoria Beckham Feud Rumours: "Everyone Gets Along"
by Monica Sisavat 23 hours ago