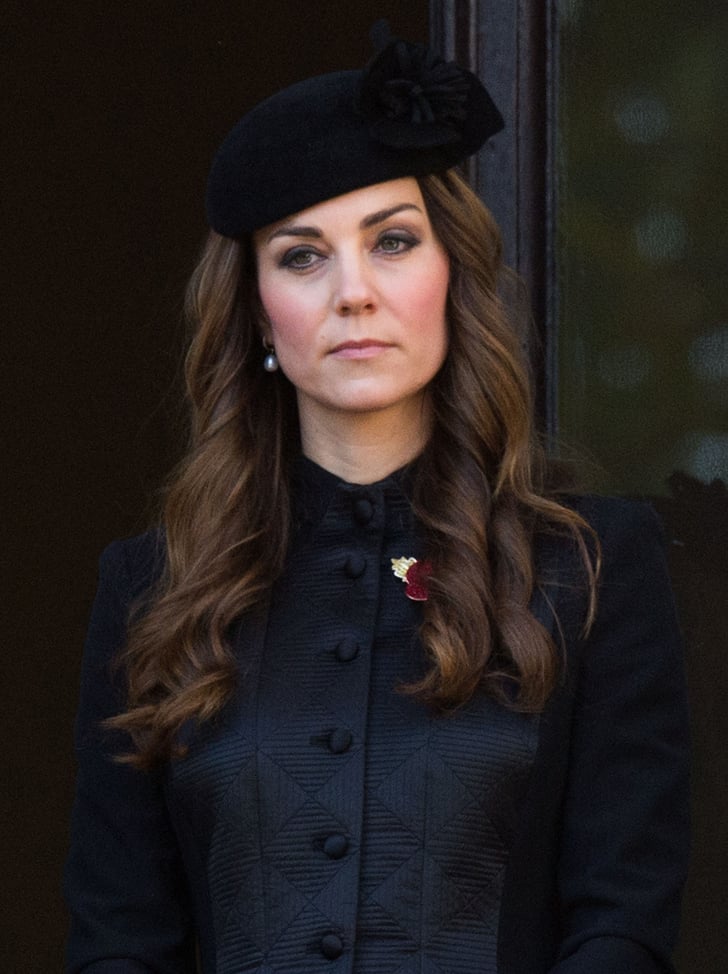 Prince William and Kate Middleton joined thousands in central London on Sunday to honor servicemen and women who have fallen in combat for their country. Kate watched Great Britain's annual tribute from a nearby balcony, looking on as Prince William and Prince Harry laid symbolic wreaths of red poppies on the Cenotaph war memorial with their grandparents, Queen Elizabeth II and Prince Philip. Queen Elizabeth led the solemn Remembrance Day service, which included a two-minute silence. Remembrance Day, which is tomorrow, is the British version of America's Veterans Day and marks the conclusion of World War I, which ended on the 11th hour of the 11th day of the 11th month in 1918.

The ceremony came after a busy week for the royals. On Thursday, Prince William and Kate participated in Poppy Day events, riding a public bus and chatting with volunteers with the Royal British Legion, which sells red poppies to raise funds for members of the British Armed Forces. Red poppies are worn to symbolize the blood spilled in war. Later that day, Prince William scrubbed in surgery at the Royal Marsden Hospital as part of his duties as the president of the Royal Marsden National Health Service Foundation Trust.

Image Sources: WENN and Getty
Will and Kate Attend a Moving Remembrance Day Tribute  originally posted on POPSUGAR Celebrity News
The Royals
Around The Web