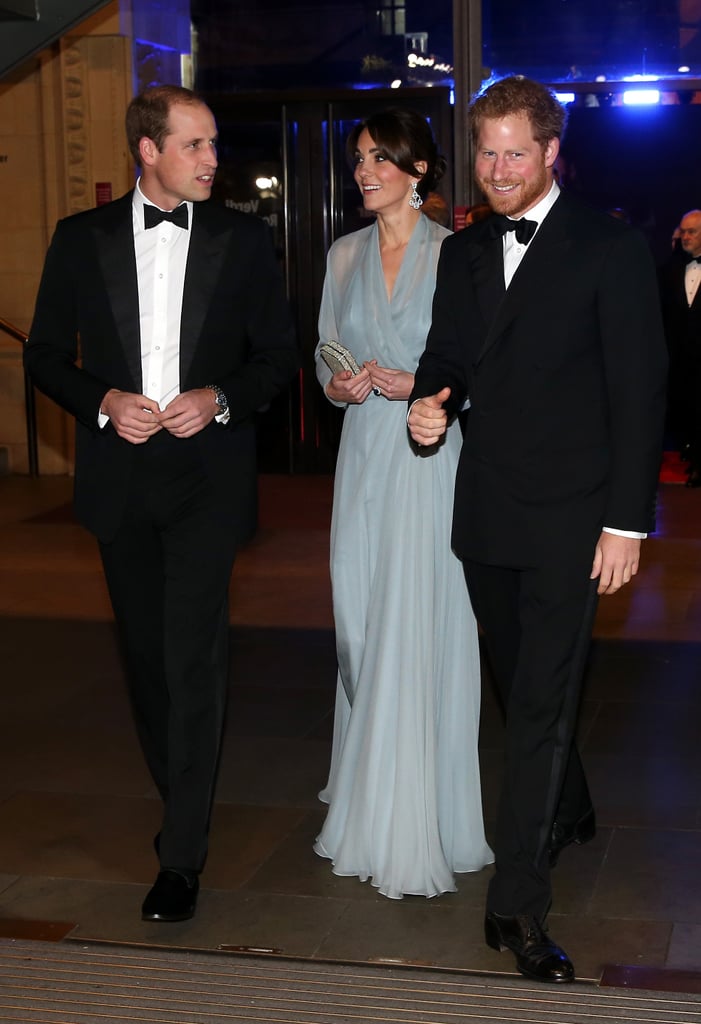 The Duke and Duchess of Cambridge were joined by Prince Harry for the world premiere of the new James Bond film, Spectre, at the Royal Albert Hall in London on Monday. Kate chose a stunning chiffon gown from favourite designer Jenny Packham, while William and Harry were perfectly regal in their tuxedos.

The royal screening is part of the Cinema and Television Benevolent Fund's Royal Film Performance and is just the latest in a string of events for the trio, who were together earlier in the day for a fun appearance at the British Academy of Film and Television Arts' London headquarters.

The Duke and Duchess of Cambridge have kept a busy calendar over the past few weeks and recently returned from a quick trip to Scotland, where they visited their old college stomping grounds, St Andrews, and took the wheel of a vessel at the Royal Research Ship Discovery at Discovery Point.