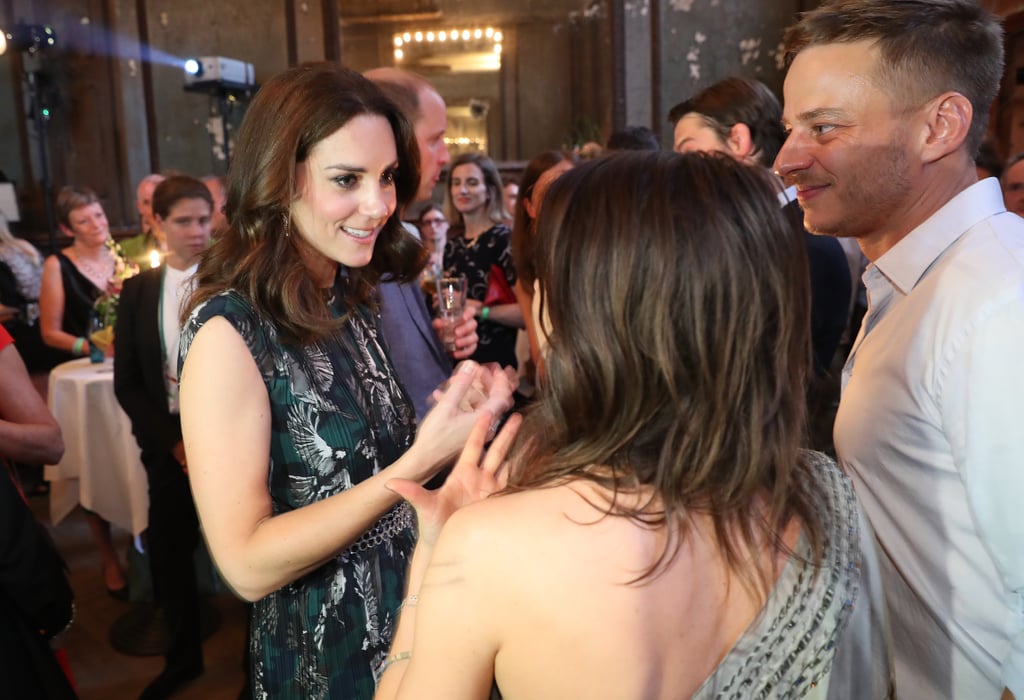 The Duke and Duchess of Cambridge may be royals, but they're just as obsessed with the Iron Throne as the rest of us. During their tour of Germany on Thursday, the royal couple (and massive Game of Thrones fans) bumped into Tom Wlaschiha (who plays Jaqen H'ghar on the HBO show) at Berlin's Clärchens Ballhaus dance hall and couldn't help but ask for spoilers. "They said they really liked Game of Thrones and have watched every series," the German actor told reporters. "They wanted spoilers, but I said I couldn't tell them." Can you imagine what a royal viewing party of GoT would look like?

Aside from showing their excitement over the hit show, the pair have been keeping plenty busy with their official royal duties as they visit landmarks in Poland and Germany. And they're not the only ones making headlines during this tour. Their children, Prince George and Princess Charlotte, have rightfully stolen the spotlight on multiple occasions with their painfully relatable unimpressed faces, little curtsies, and diplomatic handshakes.

The Royals
Harry and Meghan Make First Joint Appearance Since Welcoming Lili: "It's Wonderful to Be Back"
by Kelsie Gibson 14 hours ago