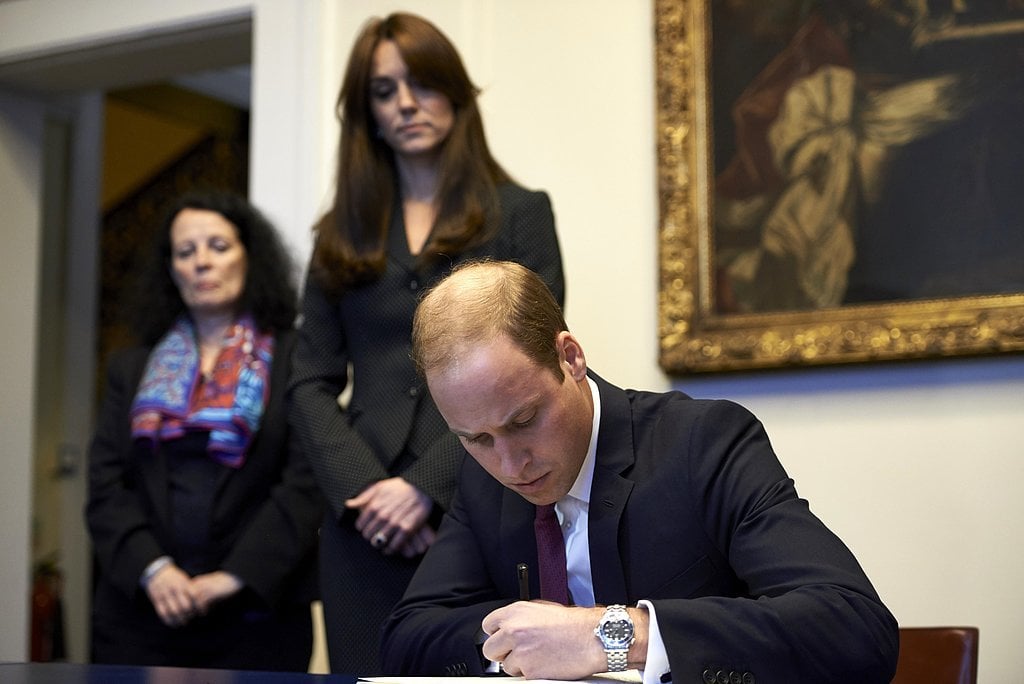 The Duke and Duchess of Cambridge visited the French Embassy in London on Tuesday to offer their condolences to all those affected by last Friday's deadly terrorist attacks in Paris. Duchess Kate looked especially somber in an understated two-piece skirt suit as she and her husband visited the French ambassador's residence. They were photographed adding to a book of condolences, writing, "To all those who have died and were injured in the heartless attacks in Paris, and to all the people in France, nos plus sincères condoléances [our most sincere condolences]."

Read on to see more photos, and then see how cities around the world are honouring France.