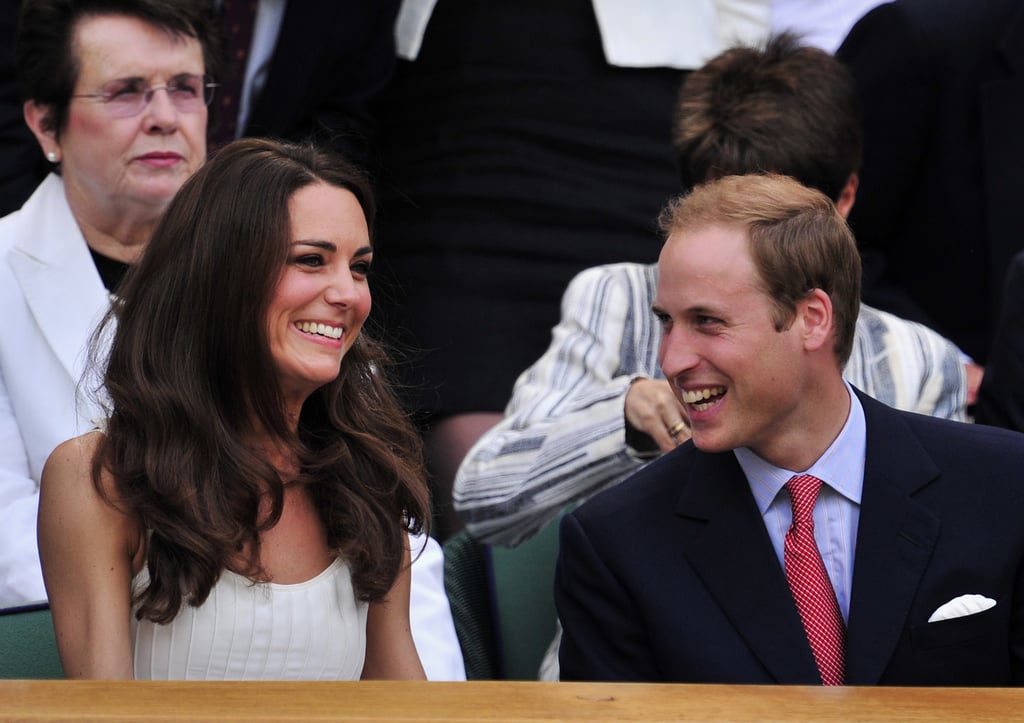 Kate Middleton embraced the warm weather and picked a hot Temperley London sundress to sit courtside with Prince William at Wimbledon today. The Duke and Duchess of Cambridge were incredibly smiley and looked like they were having a blast as they watched Britain's own Andy Murray take on French player Richard Gasquet. The royal newlyweds had a big weekend as well, and Kate Middleton wore a stunning Alexander McQueen military coat to help honor members of the Irish Guard who served in Afghanistan. Prince William and Kate's North America trip starts in just a few days, and they released official royal portraits ahead of their trip. After their weeklong visit to Canada, they will be off to the West Coast of the United States for charity work, a philanthropic polo match, and a star-studded BAFTA event in LA.