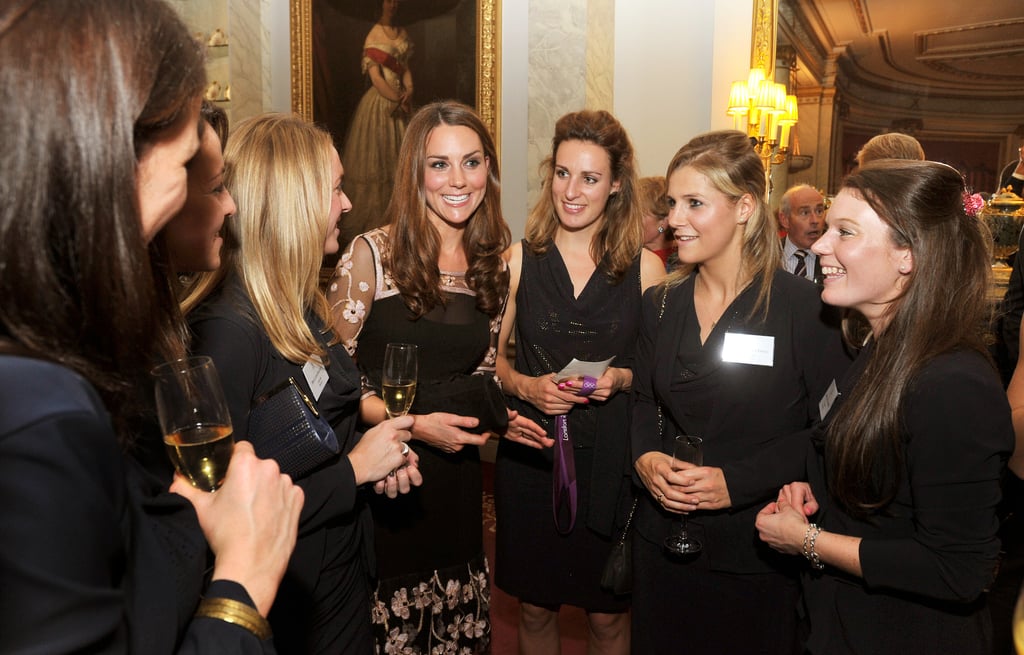 Kate Middleton attended a royal reception for Team GB Olympic and Paralympic medalists from the London Games at Buckingham Palace today. She wore a black and white lace dress to chat with the athletes, including swimmer Stephanie Millward, rowers Heather Stanning and Helen Glover, and members of the women's hockey team. At the beginning of the month, Kate embarked on a four-day tour of the UK that had her making appearances in Newcastle and Burton upon Trent. She and Prince William broke from royal duties, though, for a night out at Loulou's in London, where they partied late into the night with friends.

The Royals
Princess Beatrice's Wedding Dress, Loaned From the Queen, Will Be on Display at Windsor Castle
by Tori Crowther 2 weeks ago