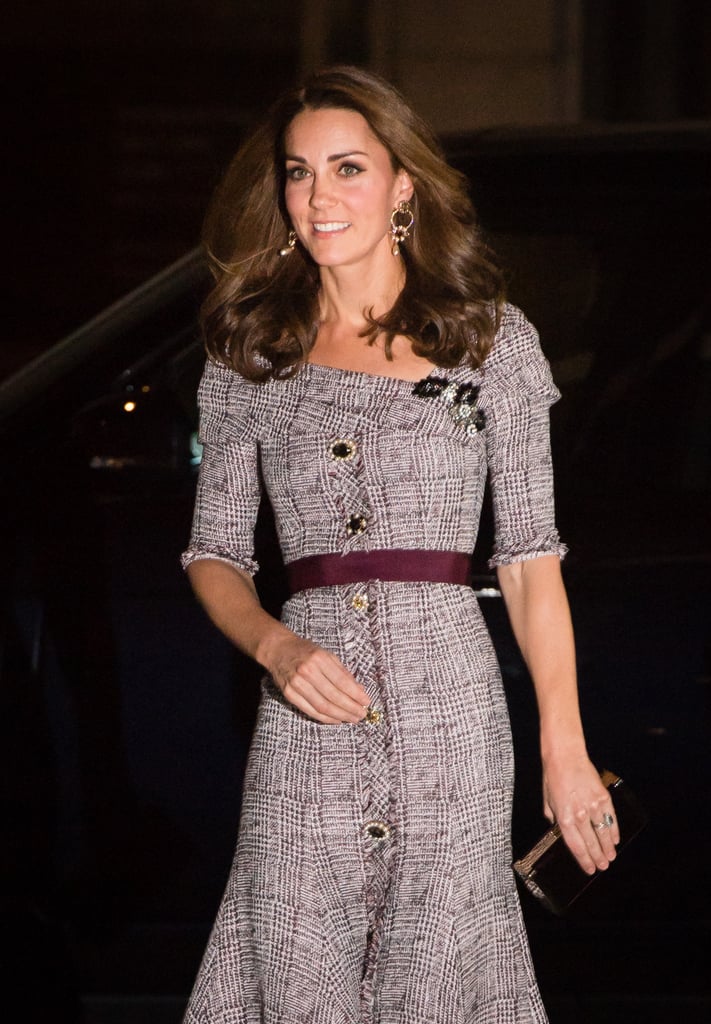 Kate Middleton is wasting no time getting back to her royal duties after officially wrapping up her maternity leave. After stepping out for her first joint outing with Prince William on Tuesday, the Duchess of Cambridge made a solo appearance at the opening of the Victoria & Albert Museum's Photography Centre in London on Wednesday night. Dressed in a plaid dress, Kate looked elegant as she met with curators who worked on the Collecting Photography: From Daguerreotype to Digital exhibit and unveiled a commemorative plaque.

Kate is a patron of the museum, and back in June 2017, she assisted in opening the museum's expansion. Fun fact: Kate graduated St. Andrews University with a degree in art history, so it's likely that the initiative holds a special place in her heart.

Kate's night out comes just a week after she visited Sayers Croft Forest School and Wildlife Garden, marking her first royal engagement since giving birth to Prince Louis. It also comes just days before Princess Eugenie ties the knot with Jack Brooksbank. It's still unclear if Kate will attend the nuptials, given that her sister Pippa Middleton is due to give birth to her first child around the same time. Guess we'll just have to wait and see what happens.

Related:
This Is Why the Duchess of Sussex Must Stand Behind the Duchess of Cambridge
Previous Next Start Slideshow
The RoyalsThe British RoyalsKate Middleton