Kate Middleton earned a spot on Vanity Fair's best-dressed list! This marks the second time the Duchess of Cambridge has appeared in the magazine's roundup of the world's most stylish people, having also made the cut in 2008. There's no doubt that Kate's sartorial choices have been a hot topic for the past year, from the Issa dress she chose for the official announcement of her engagement to Prince William last November to the Alexander McQueen gown she wore to their historic royal wedding this April. Vanity Fair's 2011 best-dressed list also features music and movie stars like Lady Gaga and Justin Timberlake, along with several people from the political and royal realms, including Carla Bruni-Sarkozy, Michelle and Barack Obama, and Princess Charlene Wittstock. So tell us — has Kate proven she deserves to be included in the company of the planet's biggest fashion stars, or does she need more time to prove a track record of great taste? 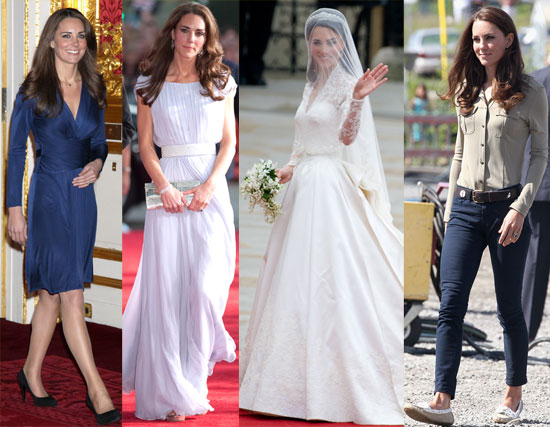