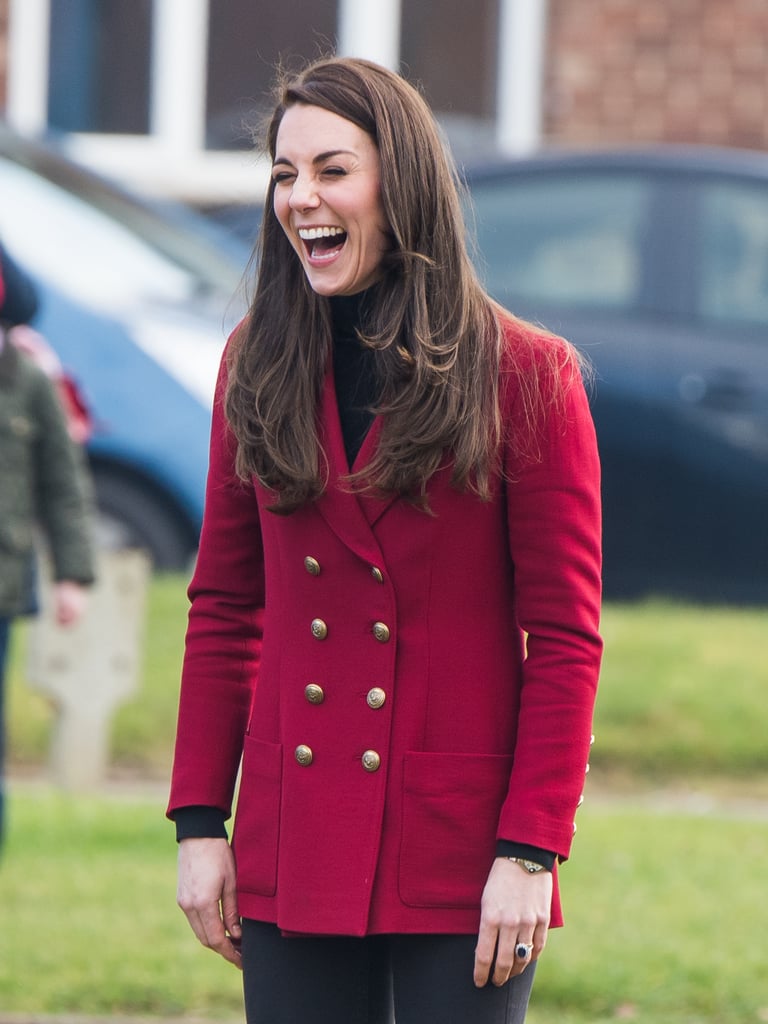 A few days after spending a glamorous night out at the BAFTAS with Prince William, the Duchess of Cambridge sported a Valentine's Day-appropriate red coat while visiting young RAF Air Cadets at a Royal Air Force base in Stamford on Tuesday. The duchess gamely joined in on a training exercise during her trip, which had her cracking up (as usual!) while she jumped up and down with the group. Later on, Kate, who is a royal patron and honorary air commandant of the Air Cadet Organisation, plugged her ears near one of the loud planes before hopping in to test out a flight simulator. Hopefully Prince William prepared her with a few tricks from his days flying helicopters with the East Anglian Air Ambulance.

by Kelsey Garcia 13 minutes ago