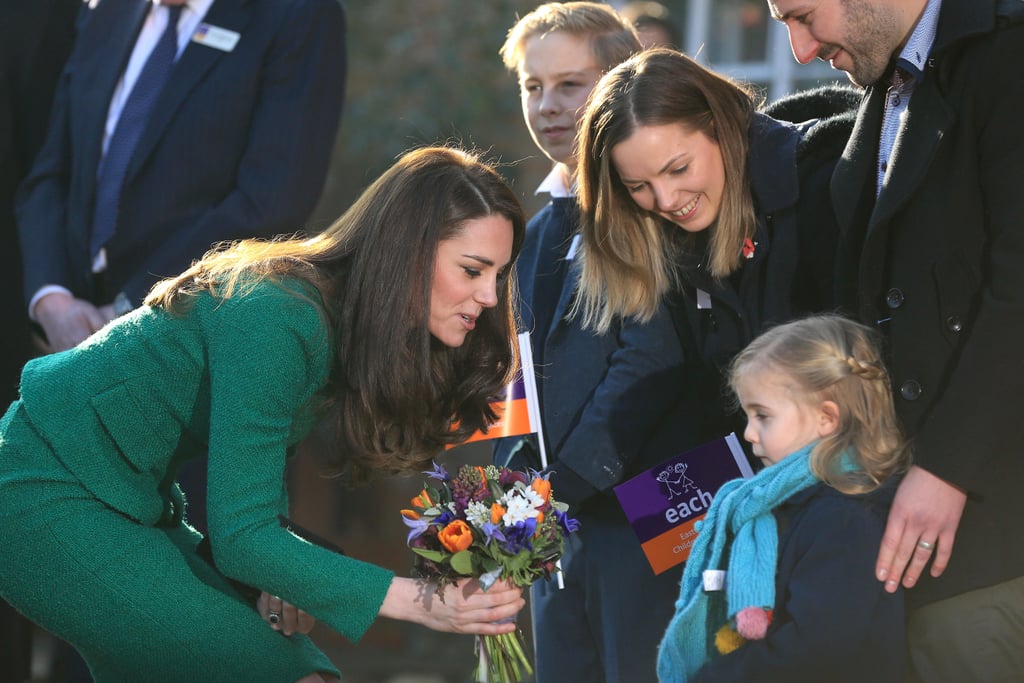 With the royal family's Christmas holiday season officially over, Kate Middleton has resumed her duties as the Duchess of Cambridge. On Tuesday, she travelled to Quidenham, Norfolk, for an official visit of East Anglia's Children's Hospices (EACH), of which Queen Elizabeth II is a royal patron. Her visit served the purpose of getting an update on The Nook Appeal at EACH, which is their multimillion dollar initiative to transform the way children's hospice care is handled in Norfolk. She mingled with the crowd on her way inside and made sure to stoop down for an adorable chat with a little girl named Nell Cork, who presented her with a lovely bouquet of flowers to add to her ever-growing collection. Once inside, Kate was happy to do some arts and crafts with a group of children. Despite her upcoming move to London with Prince William and their kids, Prince George and Princess Charlotte, there's no doubt that Kate will pop up at plenty more engagements like these over the next few months.