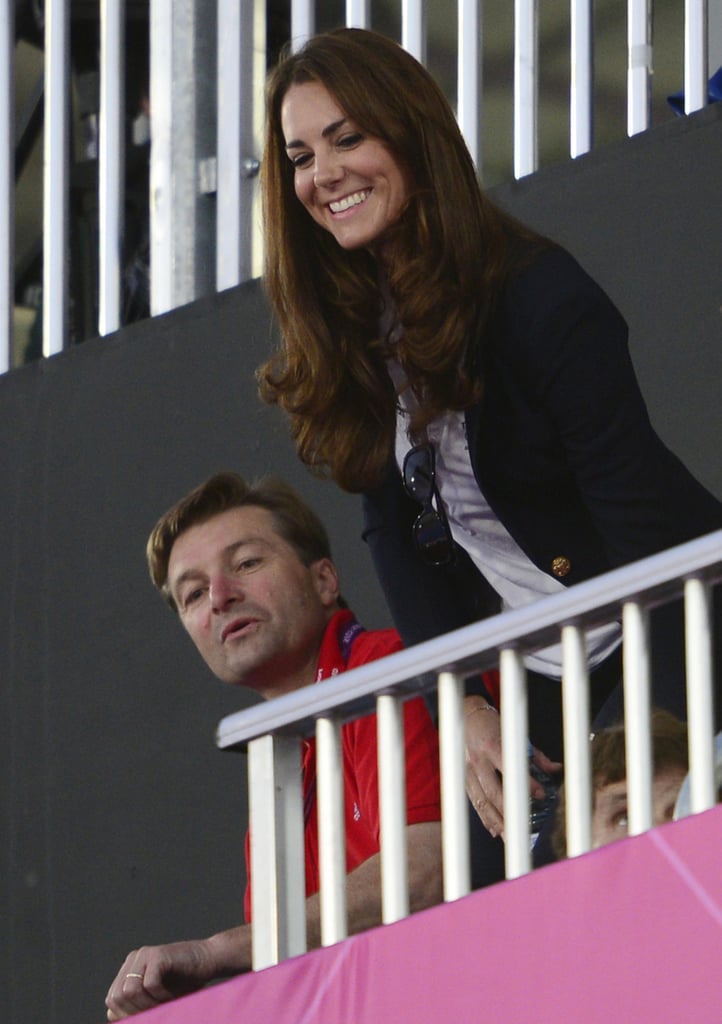 Kate Middleton checked out the women's hockey semifinal between Argentina and Great Britain today at London's Riverbank Arena. Kate's been a faithful attendee at the Games all week. On Monday, Kate watched sailing along with her husband's aunt Princess Anne and yesterday strolled with a smile through Olympic Park. Prince William, though, has had to call time on his fun in the stands in order to resume working with the Royal Air Force. Prince Harry's still representing the male royals and turned out this afternoon to watch beach volleyball. Hopefully William's able to rejoin his loved ones to check out Sunday's Olympics closing ceremony, which will apparently feature performances from George Michael, Muse, and, if rumors are right, the Spice Girls.