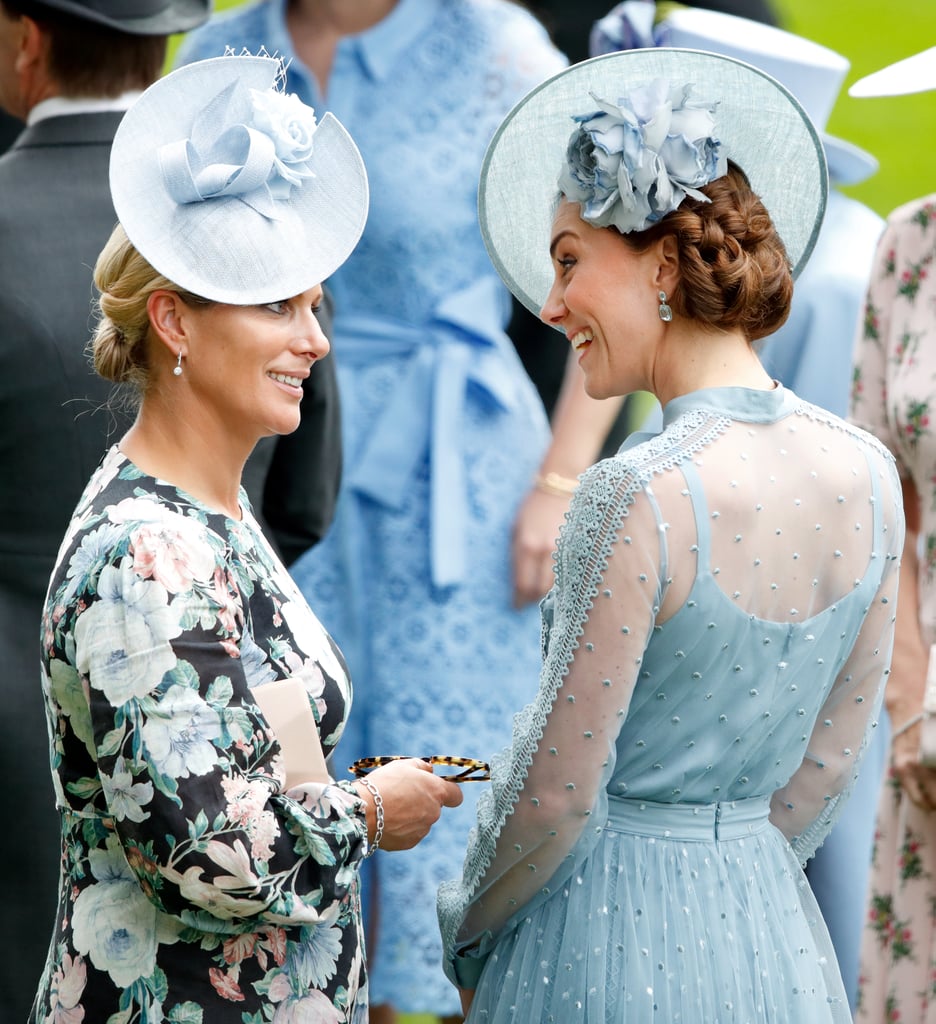 Kate Middleton and Zara Tindall at Royal Ascot in 2019

The Duchess of Cambridge has developed friendships with different members of the royal family over the years, but few compare to her friendship with Zara Tindall. Since Kate first joined the royal family in 2011, she has developed a close bond with Prince William's cousin. The two are often spotted hanging out at royal get-togethers, including this year's Royal Ascot, and Kate always seems to have a huge grin on her face whenever she's chatting with Zara. Perhaps they share some inside jokes with each other? While Kate and Zara get along swimmingly, their oldest kids are also of a similar age; Kate's son Prince George was born in June 2013, while Zara's daughter Mia was born in January 2014. In fact, Zara is the godmother of Prince George. See some of Kate and Zara's cutest friendship moments ahead, then see who else is in Kate's top-secret squad.