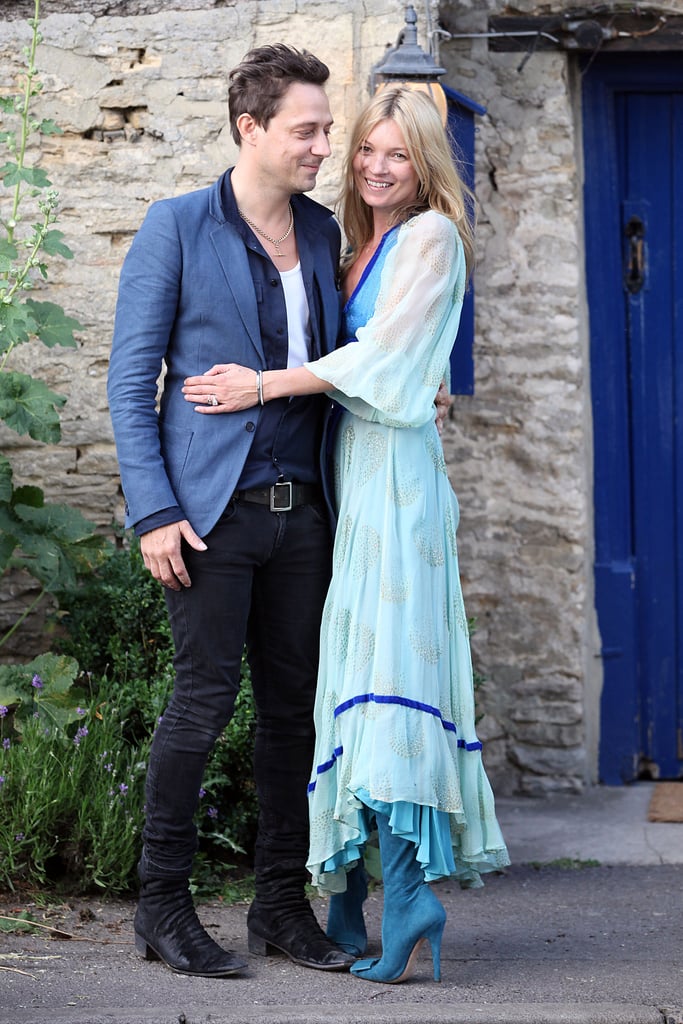 Soon-to-be-married Kate Moss and Jamie Hince looked so in love this evening outside St. Peter's Church in the small town of Southrop, England. The something blue was covered with Kate's vintage-looking dress, which she paired with Tabitha Simmons boots. Kate, Jamie, their hairstylist pal James Brown, and his The Kills bandmate Alison Mosshart gathered in the English countryside today ahead of the big vow exchange tomorrow. Kate and Jamie have been planning their big day for months, but the pair have actually decided to stretch the party out in a three-day affair! Tents were erected at her place in the Cotswolds earlier this week, and decorations that range from nightclub to spa themes have been installed. British Vogue confirmed that Kate Moss's wedding dress was designed by her friend John Galliano, while her maid of honor, Trish Simonon, will wear Erdem and Sadie Frost will be in Christopher Beale. Kate Moss's wedding will be in September's US Vogue with photos from Mario Testino, so we'll get an inside scoop on what goes down at the three-day bash later this Summer!