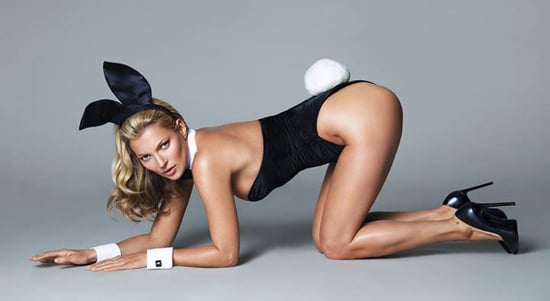 The first photo of Kate Moss's photo shoot for Playboy magazine has been revealed! The magazine released a SFW shot of Ms. Moss on their Facebook page today, featuring her crouching on the floor while wearing the brand's iconic Playboy Bunny costume. Kate will be featured in the magazine as part of Playboy's 60th anniversary issue, which will be released in January 2014. There's no word on if Kate will go nude for Playboy, although she has certainly gone without clothing in the past for various ad campaigns and photo shoots. Other celebrities who have gotten naked for Playboy include Kim Kardashian, Lindsay Lohan, and Drew Barrymore.

Celebrity Style
Emily Ratajkowski Found a New Way to Show Off Her Baby Bump, and It Screams Emrata
by Nikita Charuza 29/10

Celebrity Style
Salem Mitchell Talks Modelling From Home: "Shoots Are Happening From Behind a Screen"
by Sarah Wasilak 26/10

Vote
New Mom Gigi Hadid Reminds Us All to Vote With Her Cool, Retro T-Shirt
by Sarah Wasilak 26/10 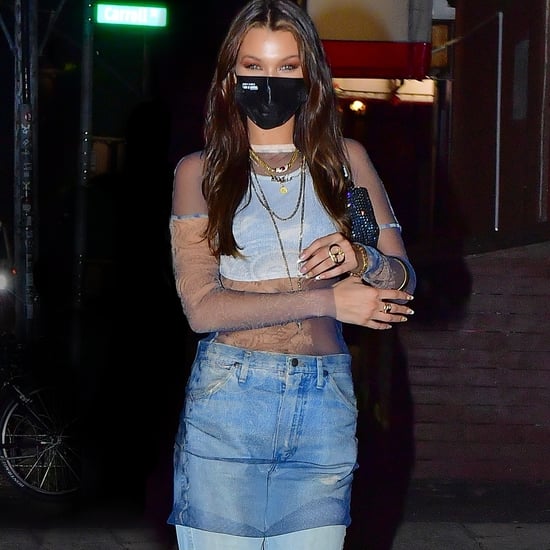