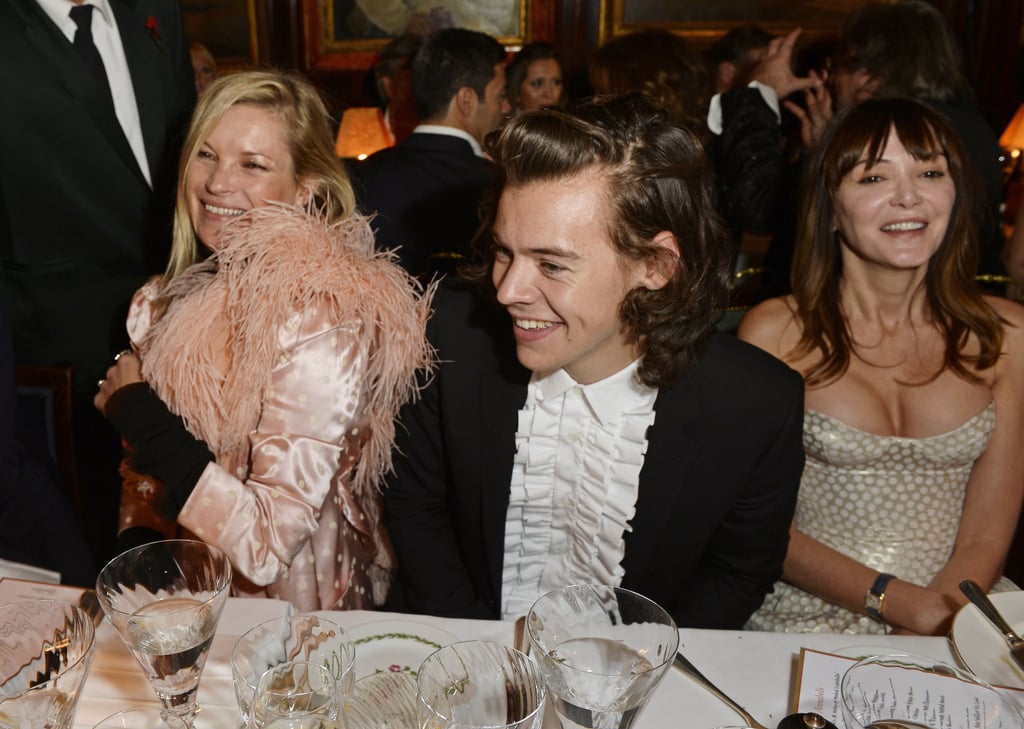 Kate Moss looked like she was in a flirty mood when she attended a party at Annabel's in London on Tuesday night. The 40-year-old supermodel was seen giggling with fellow guest Harry Styles, who got a prime seat next to Kate during dinner and greeted her with a kiss. (To be fair, we can't blame Kate for working her charm on Harry as he is downright adorable.) Later, she took over the DJ booth to dance up a storm with DJ Fat Tony and playfully toss her marabou shrug around. Kate's fun antics were completely appropriate, as the fete was to celebrate the premiere of A String of Naked Lightbulbs, a documentary about Annabel's and the history of the famed nightclub. Other guests at the party included Suki Waterhouse, Poppy Delevingne, talk-show host Graham Norton and singer Grace Jones, who performed for the crowd during the bash.