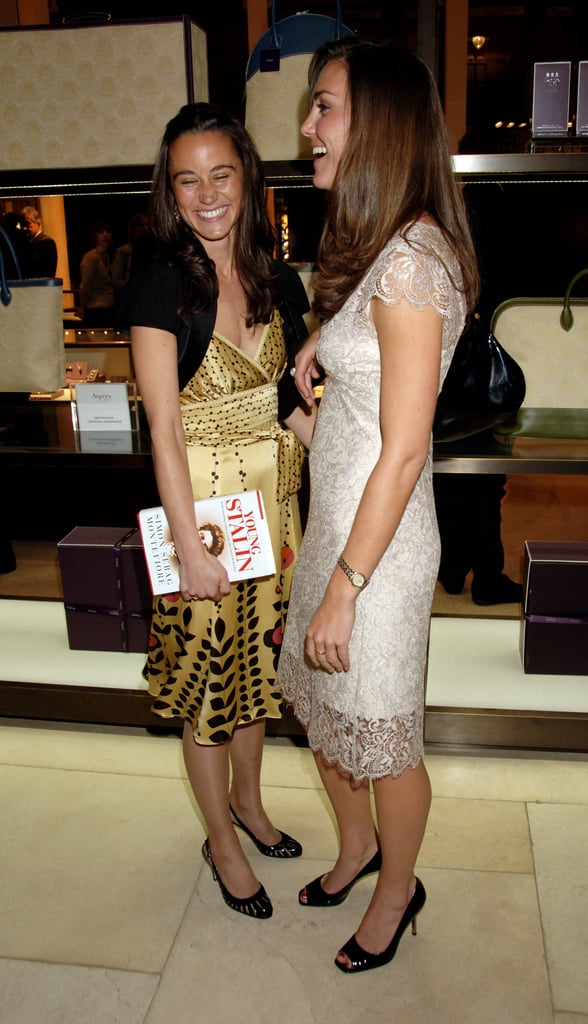 The Duchess of Cambridge's top-secret squad may be extensive, but there's no question as to who the leader is: her younger sister, Pippa. The 33-year-old event planner became famous around the world after Kate and William's royal wedding in 2011; Pippa made headlines for her stunning appearance, and it wasn't long before the public took interest in her and Kate's sweet relationship. And in the most considerate of sisterly moves, Kate doesn't want her royal status to take away any shine from Pippa's own wedding to financier James Matthews. Kate has reportedly opted out as a member of her wedding party because she doesn't want to "upstage her sister" by being her royal maid of honour. Veteran royals author Judy Wade added, "Kate would want to be in the background as much as possible." How thoughtful is that? Scroll through to see Kate and Pippa's cutest moments over the years.