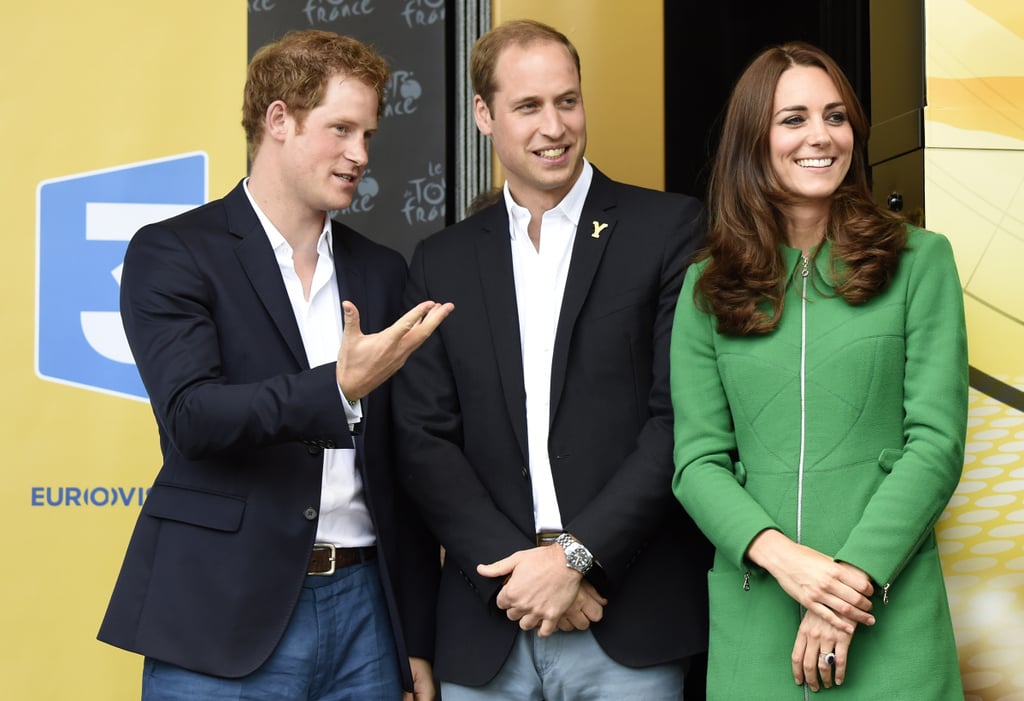 Kate Middleton and Princes William and Harry kicked off the Tour de France in Leeds, England, on Saturday. Surrounded by cyclists and a crowd of more than a million spectators, the duchess had the honor of cutting the ribbon before 198 competitors began their journey to Harrogate, England. Ultimately, Marcel Kittel of Germany came in first place. The winner got to take center stage with the royal trio and was presented with the tour's iconic yellow jersey. Kate donned a green Erdem coat she debuted on the royal tour in New Zealand, while William and Harry opted for nearly identical outfits. Both guys wore dark jackets, white shirts, and blue khaki pants.