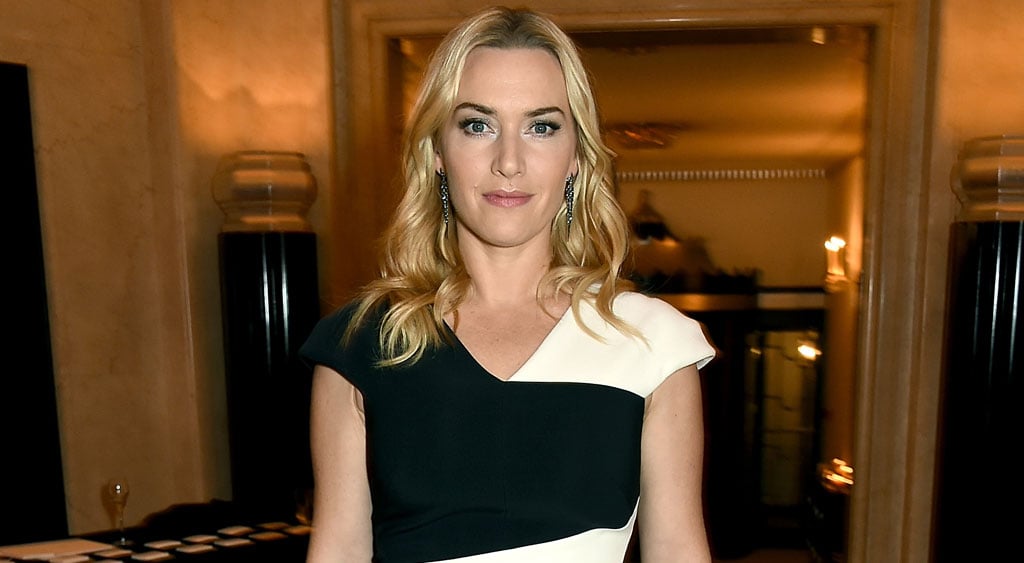 When it came time for Kate Winslet to film sex scenes with Liam Hemsworth for their new film The Dressmaker, there was one person who didn't approve: her 15-year-old daughter, Mia. In an interview with BBC's The One Show on Wednesday, Kate revealed the reaction her Hunger Games-obsessed daughter had to the idea of her mum hooking up with Gale. "When I told my daughter that I was shooting the scene that day she spluttered . . . I took it to be jealousy," she said. "My [daughter] was extremely jealous, along with all of her friends."

Mia also hilariously used the plot of Kate and Liam's movie, which has the 40-year-old actress getting romantic with the 25-year-old actor, against her mum. "It's rather alarming that she is actually closer in age to Liam than I am," Kate continued. "She only pointed that out to me the other day, and I was like, 'Oh shhh!'" Hot 'n' heavy sex scenes aside, Kate had nothing but kind words to say about Liam, calling him a "lovely guy" and a "fabulous chap." Check out pictures of the two actors at The Dressmaker's TIFF premiere!