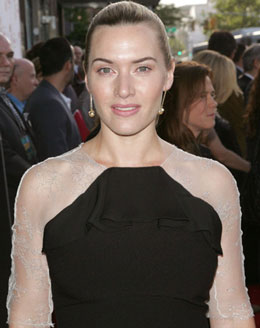 Kate Winslet has accepted £25,000 from The Daily Mail after the newspaper disputed her comments about her exercise regime.

Kate filed papers in May saying she was distressed by the feature, which was published in January and disputed a quote in which she said that she didn't go to the gym, but does twenty minutes of pilates DVDs every day. The Mail published an apology in September, accepting that she was not lying, and agreed to pay damages and costs. Kate wasn't present at the High Court yesterday, when the settlement was agreed, but stated:

"I am delighted that the Mail have apologised for making false allegations about me. I was particularly upset to be accused of lying about my exercise regime and felt that I had a responsibility to request an apology in order to demonstrate my commitment to the views that I have always expressed about body issues, including diet and exercise. I strongly believe that women should be encouraged to accept themselves as they are, so to suggest that I was lying was an unacceptable accusation of hypocrisy."