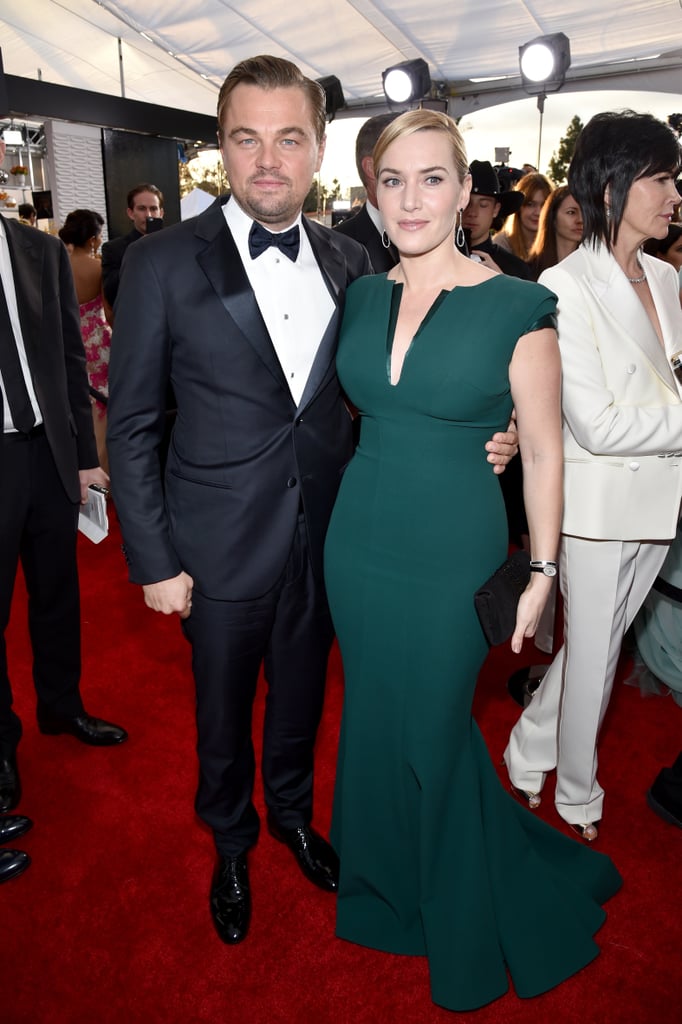 Another award show, another heart-melting moment for Kate Winslet and Leonardo DiCaprio! Both stars are among this year's nominees at the SAG Awards, and ahead of the show, when Kate was interviewed on the red carpet, she gave her longtime friend a sweet shout-out. "I've been so focused on Leo and him winning everything and being so excited for him," she said, explaining why she seemed so shocked when she recently won a Golden Globe.

The pair's cute interactions at the Golden Globes had fans swooning — and Leo calling Kate his favourite actress was just a cherry on top. Keep reading to see a clip of Kate Winslet's adorable quote about Leo, then see more of their best friendship moments over the years.