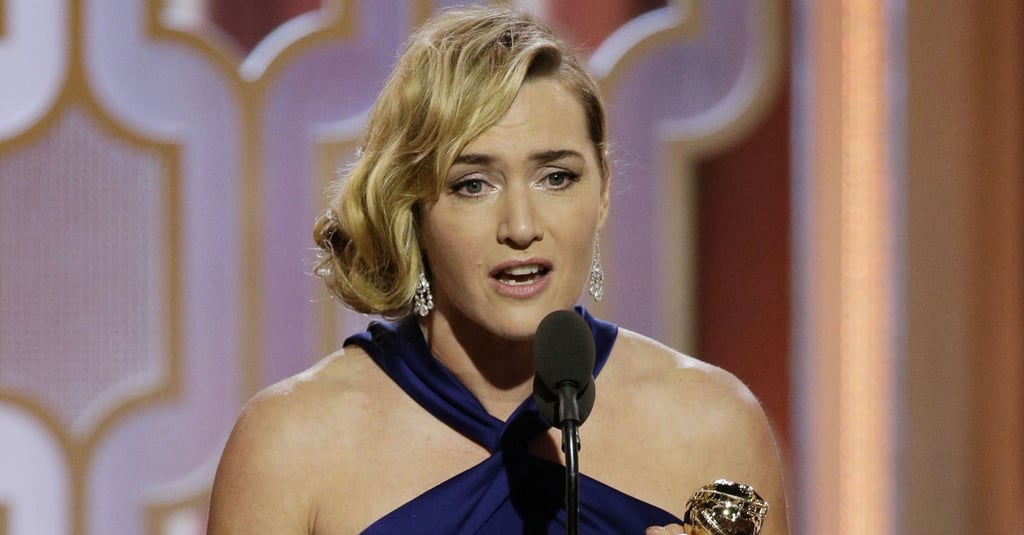 Kate Winslet won a Golden Globe Award on Sunday night in LA, taking home the gold for her supporting actress role in Steve Jobs. In addition to giving a shout-out to Michael Fassbender during her acceptance speech, the actress showed plenty of love for her fellow nominees in the press room. The comment came when Kate was asked to clarify her mention of girl power, which was also in her acceptance speech. Read her sweet quote below.

"I just think that women are doing such great work. I think that there's a lot of us out there in the game. And I've been doing this for 23 years now; Cate Blanchett's been doing it for probably longer, actually. And then there's Helen Mirren and Jane Fonda. I mean, these wonderful women, who we're so fortunate to stand alongside and to learn from, still. And it's just incredibly exciting to have that array of skill for all of us to be inspired by and to be a part of. That is just wonderful. It really feels fantastic. And there's a real sense of girl power in this year in terms of performance. And it's just incredible to be a part of that."