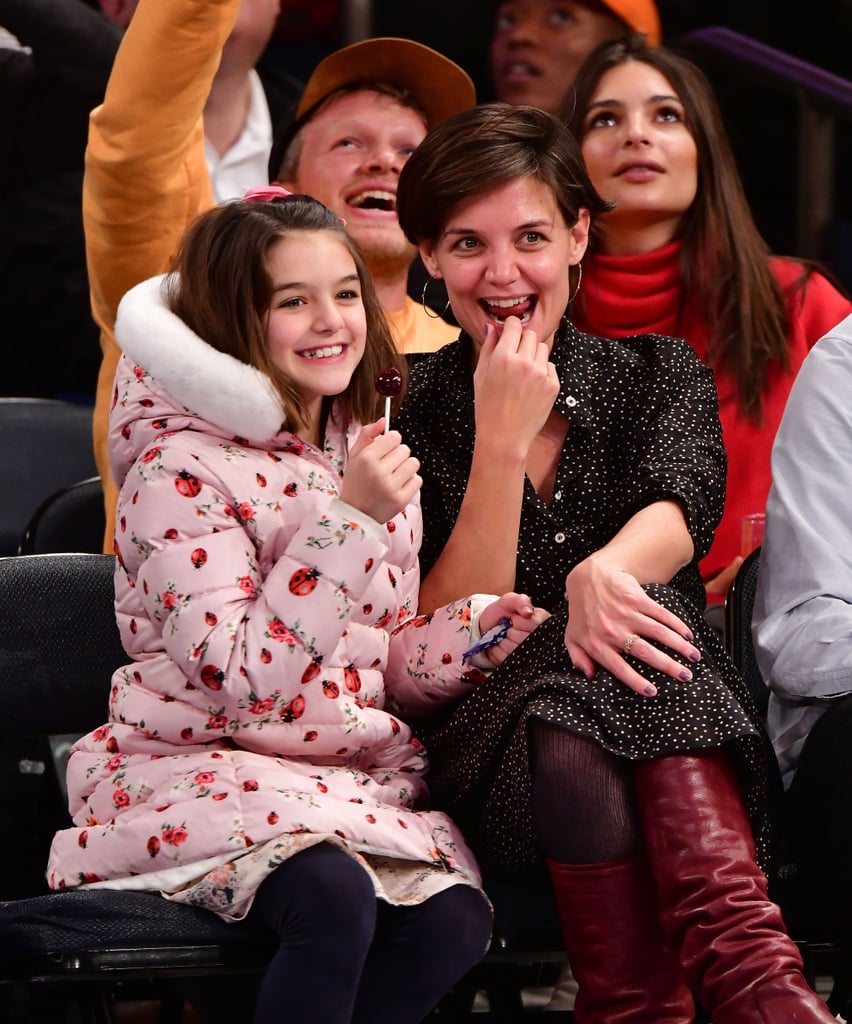 Katie Holmes and Suri Cruise made an appearance at the Knicks game in NYC on Saturday night. The 38-year-old actress and her 11-year-old daughter turned the fun evening into a bonding experience as they sat courtside and cuddled up next to each other. Suri wore a pink coat adorned with ladybugs all over. Meanwhile, Katie kept things casual in a polka-dotted outfit and burgundy boots. One person notably missing from their supercute outing was Katie's boyfriend of four years, Jamie Foxx.

While the low-profile couple have yet to make an official appearance together, they were spotted holding hands on the beach in September, confirming their romance. Katie recently celebrated Jamie's 50th birthday in LA and showed up to support the Oscar-award-winning actor at the opening of his NYC eyewear store earlier this month. The doting mum appeared in good spirits at the game with her mini me, which comes just weeks after their festive date night at Z100's Jingle Ball concert. Read on to see more photos of their sweet outing ahead.