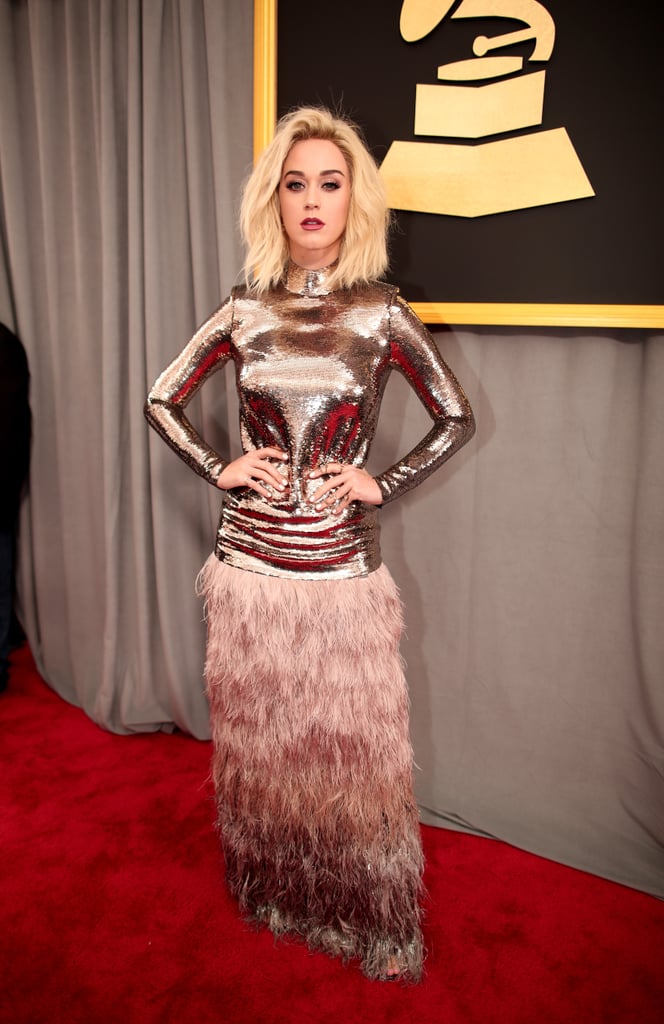 If anyone knows how to make an entrance, it's Katy Perry. On Sunday, the singer shone bright like the star that she is when she arrived at the Grammy Awards in LA. In addition to showing off her new platinum blonde 'do and talking about her upcoming album, Katy opened up about her recent break from music to Ryan Seacrest, saying, "It's called taking care of your mental health." She also touched on her upcoming performance and said it's "unlike anything I've ever done." One thing's for sure: if it's anything like her new single "Chained to the Rhythm," it's gonna be good.