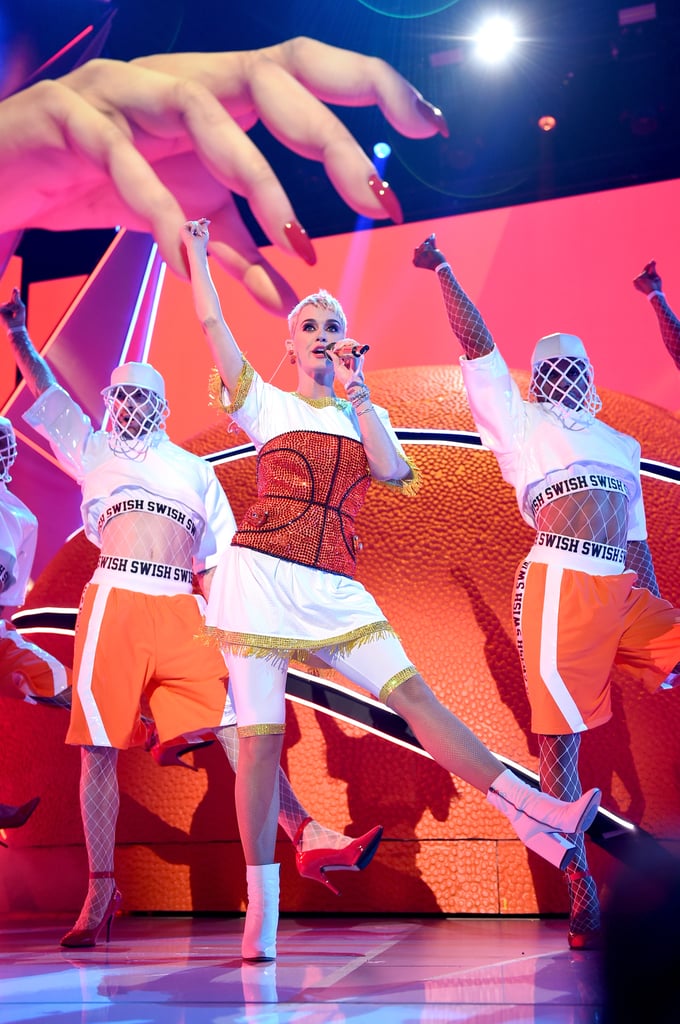 It was a big night for Katy Perry at the MTV Video Music Awards in California on Sunday night. Not only did she host the show for the first time ever, but she also took the stage for a performance of her hit, "Swish, Swish," with Nicki Minaj. And if that wasn't exciting enough, Katy received five nominations and had a series of fun outfit changes throughout the night. Prior to the show, Katy posted a photo from rehearsals on Instagram, writing, "✨YOUR HOSTESS WITH THE MOSTEST✨@VMAS." See who was lucky enough to nab a VMA this year!