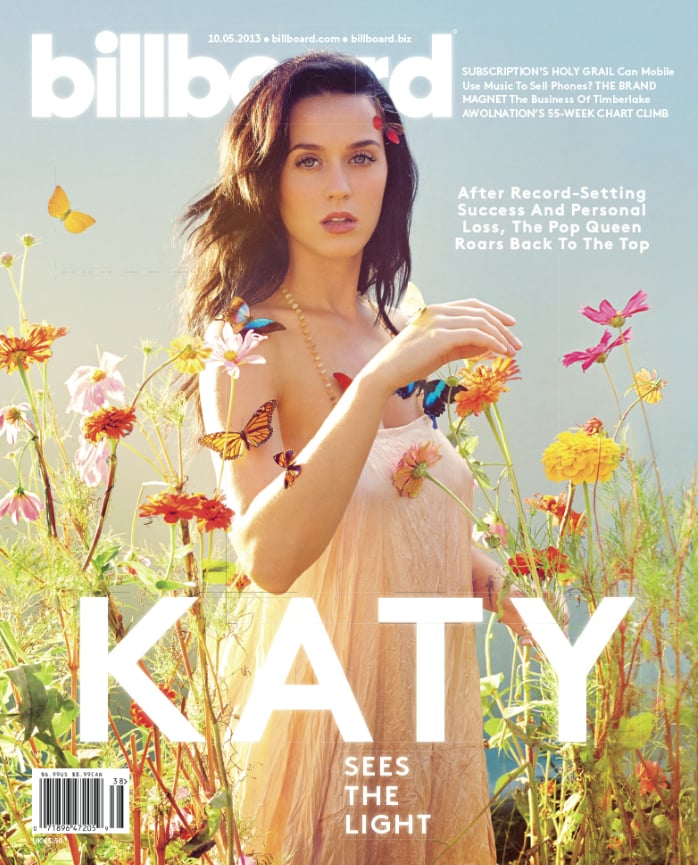 Katy Perry graces the cover of next week's Billboard magazine, which hits newsstands on Sept. 30. In the issue, Katy talks about her upcoming album, Prism, which has already spawned a No. 1 hit with the single "Roar," and touches on the change in sound from her previous work, saying, "I didn't want to do Teenage Dream 2.0. Prism is more organic, au natural, vulnerable and honest, but still has the same amount of fun." The star also opens up about her marriage to Russell Brand and an ill-fated interview that saw her catching some shade from a big name. See more candid quotes from Katy, including her admission that she's "just masquerading as a pop star," from the Billboard interview: