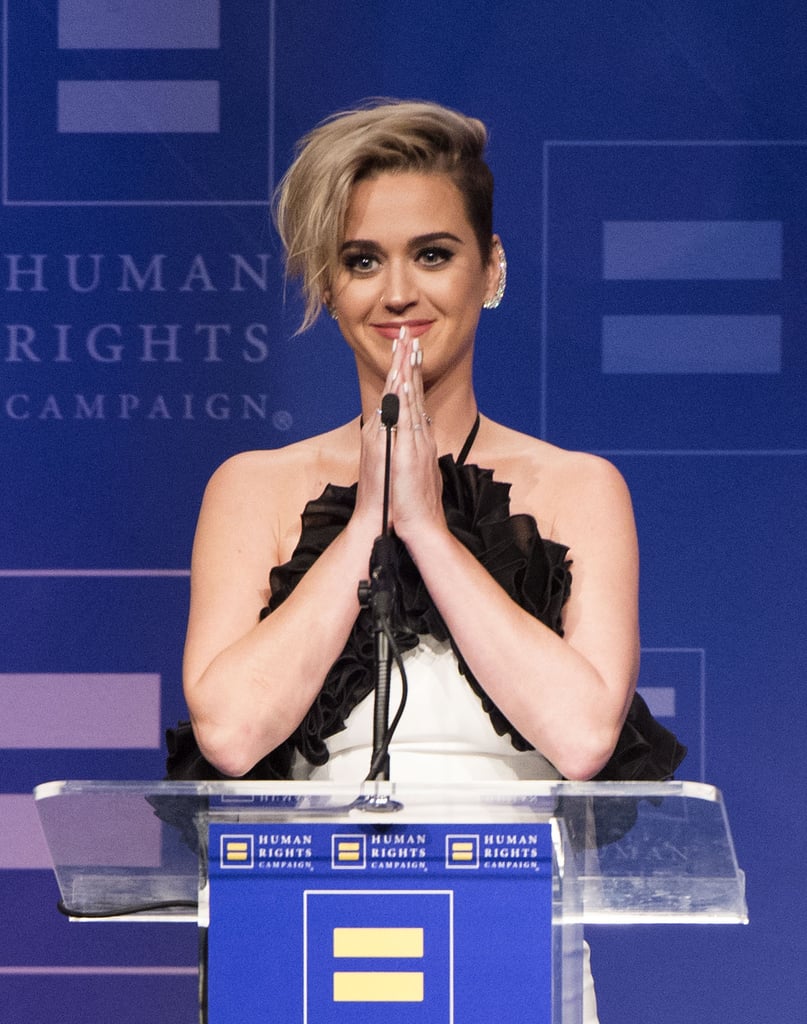 Katy Perry stunned when she stepped out for the Human Rights Campaign Gala in LA on Saturday night. In addition to looking gorgeous in a black and white gown, the "Chained to the Rhythm" singer was honoured with the national equality award for her advocacy for LGBT rights. During her speech, Katy opened up about her sexual experiences with women and the meaning behind her hit "I Kissed a Girl." "I speak my truths and I paint my fantasies into these little bite size pop songs. For instance, 'I kissed a girl and I liked it.' Truth be told, I did more than that," she explained. "But how was I going to reconcile that with a gospel singing girl raised in youth groups that were pro-conversion camps? What I did know was I was curious and even then I knew sexuality wasn't as black and white as this dress. And honestly, I haven't always gotten it right, but in 2008 when that song came out I knew that I started a conversation and a lot of the world seemed curious enough to sing along, too."

Katy also revealed that she spent her adolescence trying to pray "the gay away in my Jesus camps," but that things changed when she broke into the music world. "I found my gift and my gift introduced me to people outside my bubble and my bubble started to burst. These people were nothing like I had been taught to fear. They were the most free, strong, kind and inclusive people I have ever met."