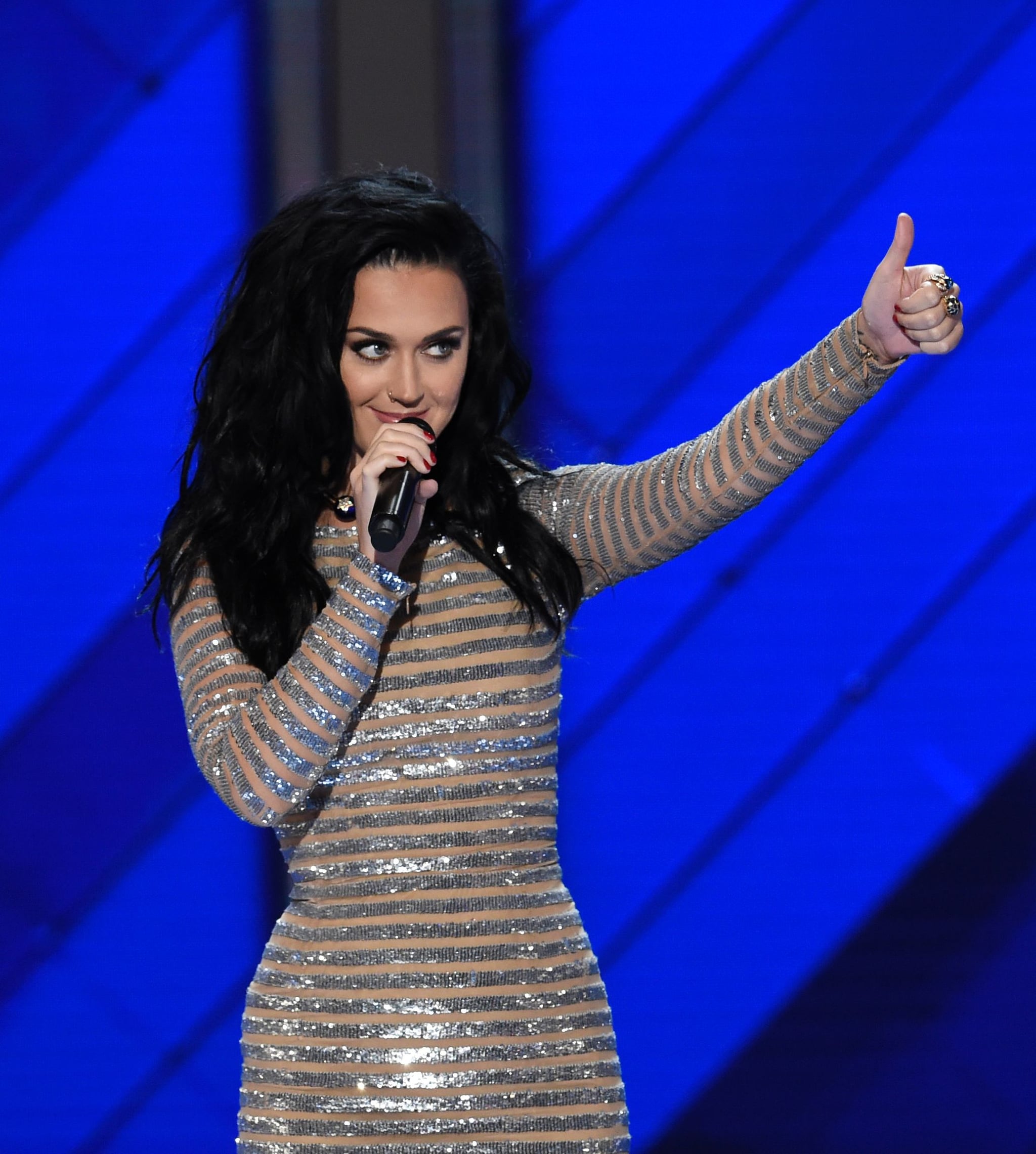 Katy Perry rocked the Democratic National Convention on Thursday night, and she had the support of her boyfriend Orlando Bloom from the audience. Katy took the stage on the historic night — wherein Hillary Clinton accepted her presidential nomination — and performed "Roar" and "Rise," her new Olympic anthem. Orlando, who was stationed in the crowd, held his phone up to record the moment, and all of it was captured on camera during the telecast. Katy and Orlando most recently had a little French holiday back in May, but if last night's show of support is any indication, they're still going strong. See Orlando's doting-boyfriend moment in the GIF below, and don't forget to catch Katy's full performance as well.