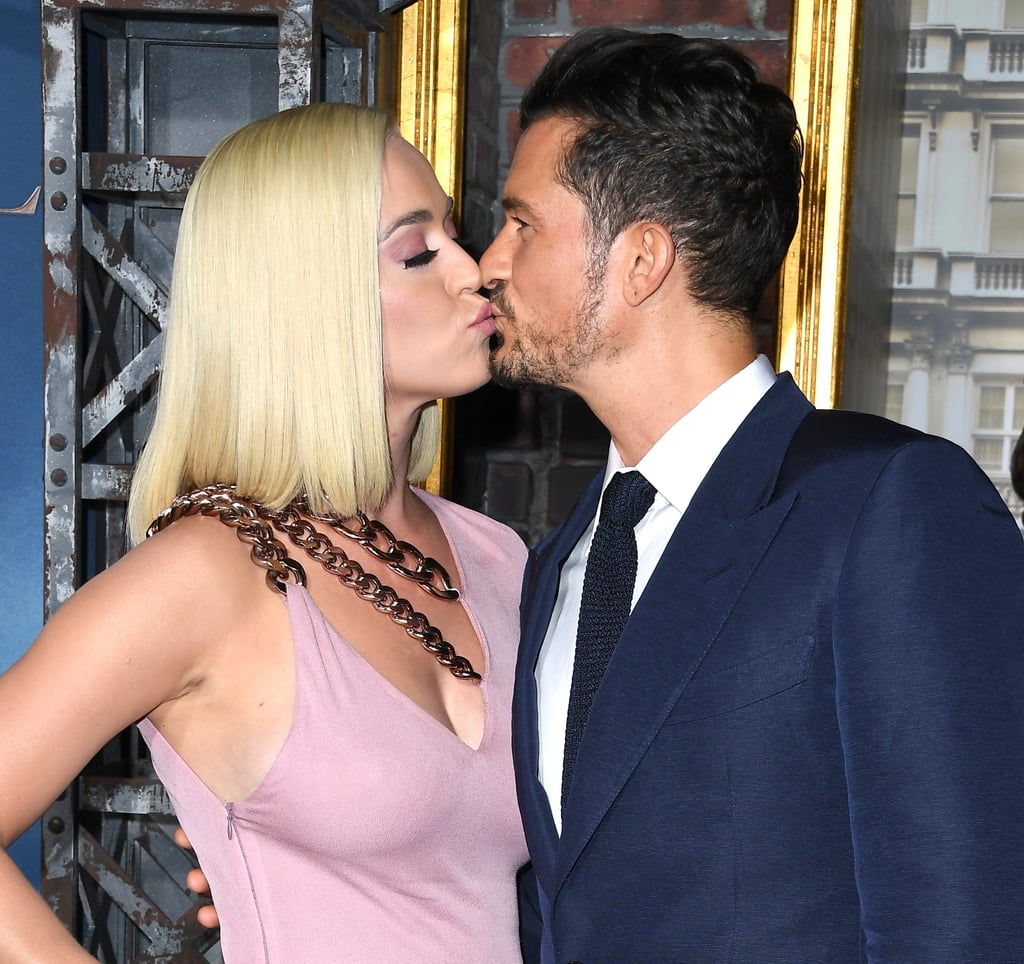 Katy Perry and Orlando Bloom got cute and cosy at the LA premiere of Amazon's new series Carnival Row on Wednesday. The couple hit the red carpet together as they posed for photos, shared a few laughs, and gave each other a sweet kiss. Katy, 34, wore a blush pink gown while Orlando, 42, sported a navy blue suit.

The "Small Talk" singer attended the event to support her beau, who is starring on the show alongside Cara Delevingne. The fantasy drama — which premieres on Aug. 30 — centres around a world in which humans and mythological creatures are at odds. But that doesn't stop a human detective named Rycroft Philostrate (Bloom) and a fairy named Vignette Stonemoss (Delevingne) from having a dangerous love affair.

Katy and Orlando's outing comes six months after they got engaged on Valentine's Day. Katy shared the exciting news on Instagram with a photo of her floral engagement ring, writing "Full bloom." Orlando posted the same picture, captioning it "Lifetimes." The two have dated on and off since 2016, and it seems like their love is only getting stronger. Keep reading to see more pictures of the adorable duo at Carnival Row's premiere, then check out all the details we have on their upcoming wedding!