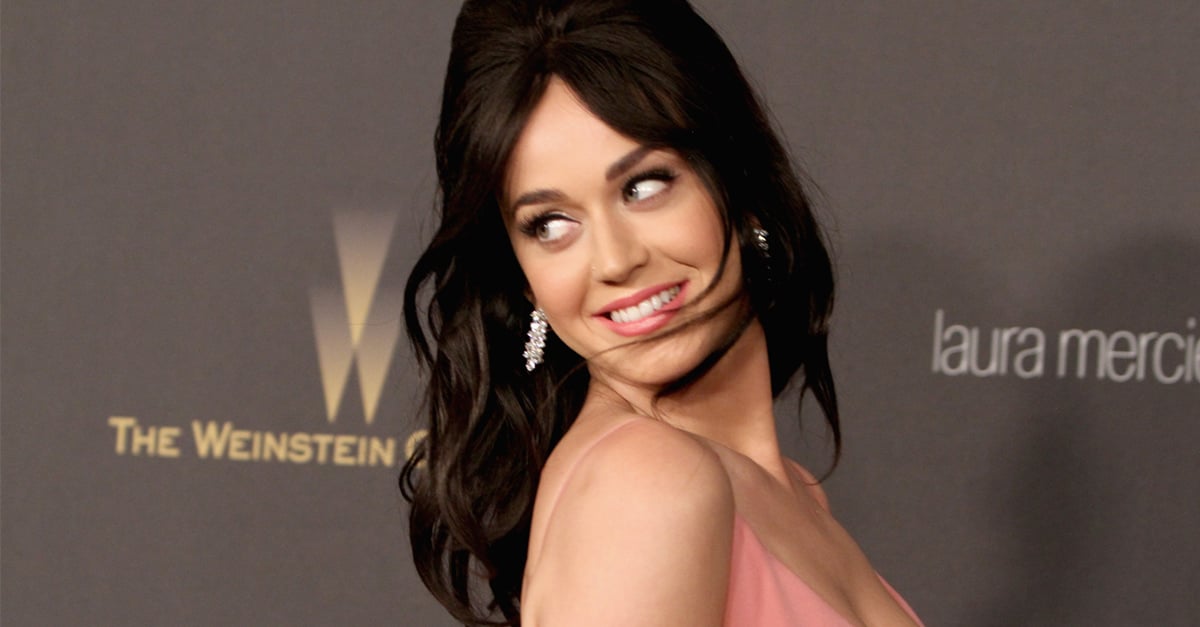 It's been quite a week for Taylor Swift. After a bunch of drama involving her former flame Calvin Harris, the pop star's old nemesis stepped into the ring. On Wednesday, Katy Perry tweeted the following GIF of Hillary Clinton — who, as you might recall, she's officially endorsed as president — with no words to accompany it:

Of course, we can't say for sure that it's directed at Taylor, but let's take a minute to look at the context. All the drama started when Taylor's rep exclusively confirmed to People that she wrote Calvin's new Summer jam, "This Is What You Came For." Shortly thereafter, Calvin Harris went off on the pop star in a series of tweets claiming Taylor's team is deliberately trying to make him look bad. He also urged Tay to focus on her relationship with Tom Hiddleston and mentioned Katy by name. Katy's GIF, of course, seems to say "I told you so" or "Y'all seeing this?" It's been almost two years since we learned about Taylor Swift and Katy Perry's feud, but when you take into account the ongoing feud, yesterday's scuffle with Calvin, and the tweet in question, it's not hard to see how it all lines up.

Update: A couple hours after tweeting her Hillary Clinton GIF, Katy followed up by retweeting an old tweet from over a year ago.

We'll let you parse this one out all by yourself.

Celebrity Beauty
Katy Perry Quit Shaving Her Legs After Becoming a Mum: "I Don't Have Very Much Time"
by Yerin Kim 2 weeks ago