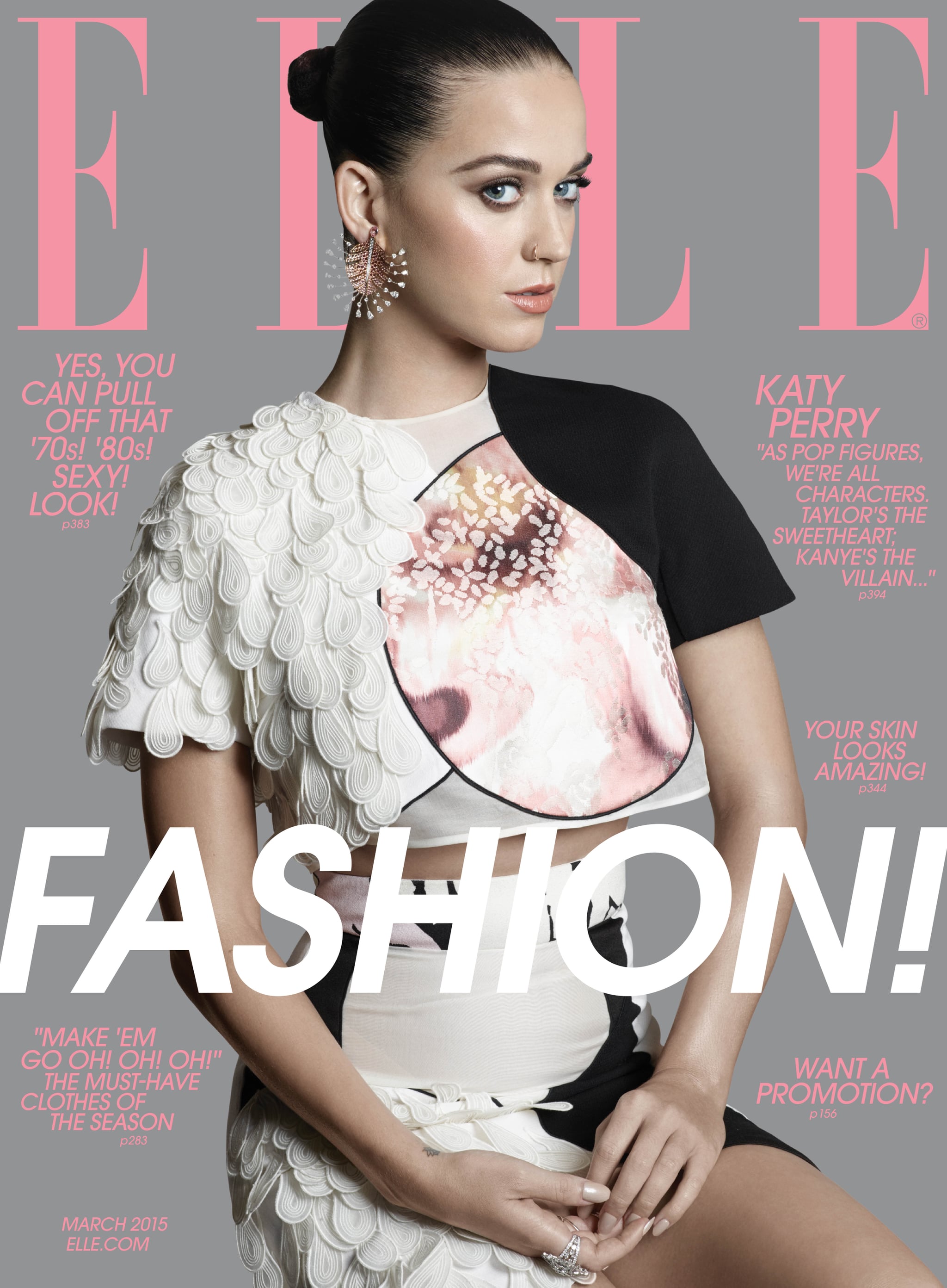 Katy Perry makes a stunning appearance on the March cover of US Elle Magazine, where she spills new details on the Super Bowl, the trials and tribulations of being a modern pop star, and, of course, Beyoncé. Katy has been making headlines all week due to her much-discussed halftime show, which included some fierce outfits, sparked a few pretty spot-on comparisons, and made us wonder about the dancer in that shark costume. Keep reading to get even more insight, and check out Katy's full feature in the March issue of Elle, which hits newsstands on Feb. 17.

On being a pop star in today's society: "It is a hundred times harder a dream than the dream that I dreamt when I was 9 . . . You think you signed up for one thing, but you automatically sign up for a hundred others. And that is why you see people shaving their f*cking heads."

On Beyoncé: "Oh my God. I'm such a big Beyoncé fan. Beyoncé just put out a video! You've got to see this video! I was like, Finallllly. Finally I see you. I don't see some propaganda version of you. I see you. I relate to who you are."

On Adele: "Adele is so real and couldn't care less about the trappings of fame. She came to a show at the Hammersmith Apollo in England and stole my after-show burrito. She's like [heavy British accent], 'How the f*ck did you get a burrito in England?'"

On relinquishing control to the Super Bowl: "In my show, I am boss daddy. I am boss mommy. They call me Boss. Everything goes through my eyes; I call all the shots, 100 percent of it. With the NFL, I have to be accountable to several levels of red tape. There are many committees I have to go through for my costumes, the budgets of my show, every interview — everything, I have to report to somebody. So I am no longer the boss; I have to relinquish that control. We love this opportunity, but once you decide you're gonna do the Super Bowl, you're gonna have no f*cking life for six months. It is the biggest thing. Anyone that's ever done it has been scared sh*tless. You stay off the Internet for the five days afterward."

Celebrity Beauty
Katy Perry Quit Shaving Her Legs After Becoming a Mum: "I Don't Have Very Much Time"
by Yerin Kim 2 weeks ago