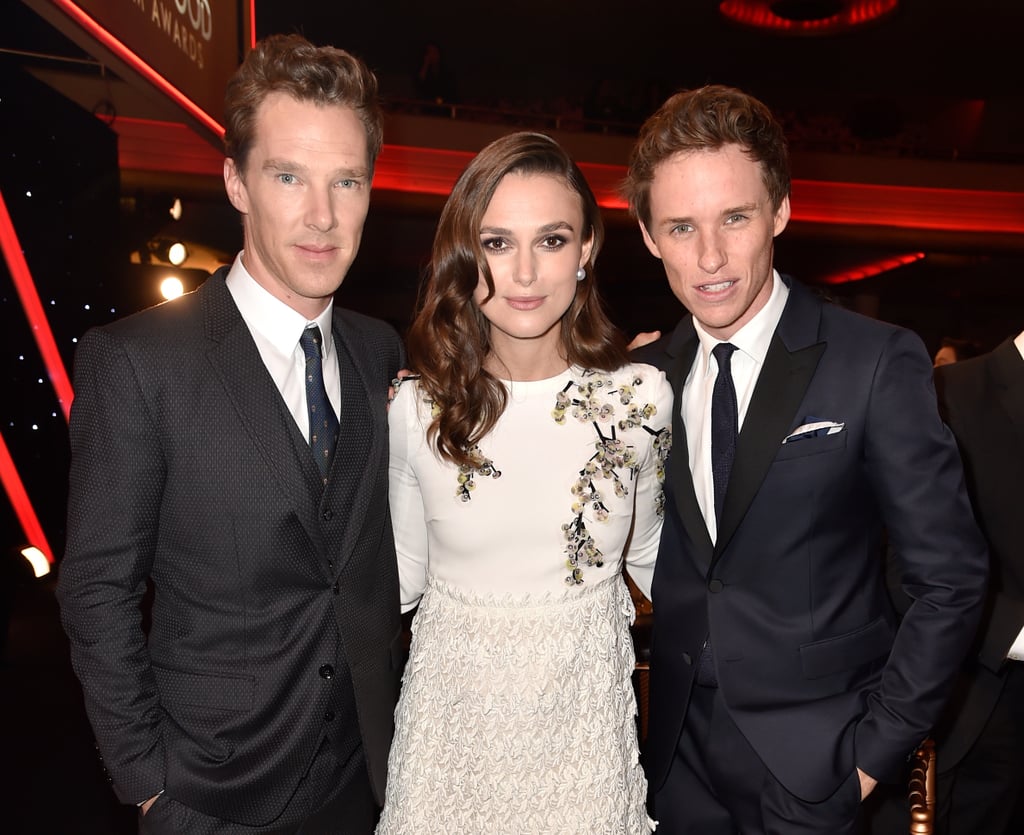 Keira Knightley became the envy of women everywhere when she found herself in the middle of a man sandwich at the Hollywood Film Awards on Friday night in LA. She sidled up to Eddie Redmayne and Benedict Cumberbatch during the show to pose for photos with her fellow Brits. The actress was at the award show to be honored with the supporting actress award for her role in The Imitation Game, which also stars Benedict. Interestingly enough, Benedict and Eddie have worked together in the past as they both had small roles in 2008's The Other Boleyn Girl. While all three actors are on friendly terms in the tight-knit British actor community, many expect Eddie and Benedict to be lead contenders for the best actor award in the upcoming award season. (Eddie has been winning a lot of praise for his lead role in The Theory of Everything.)