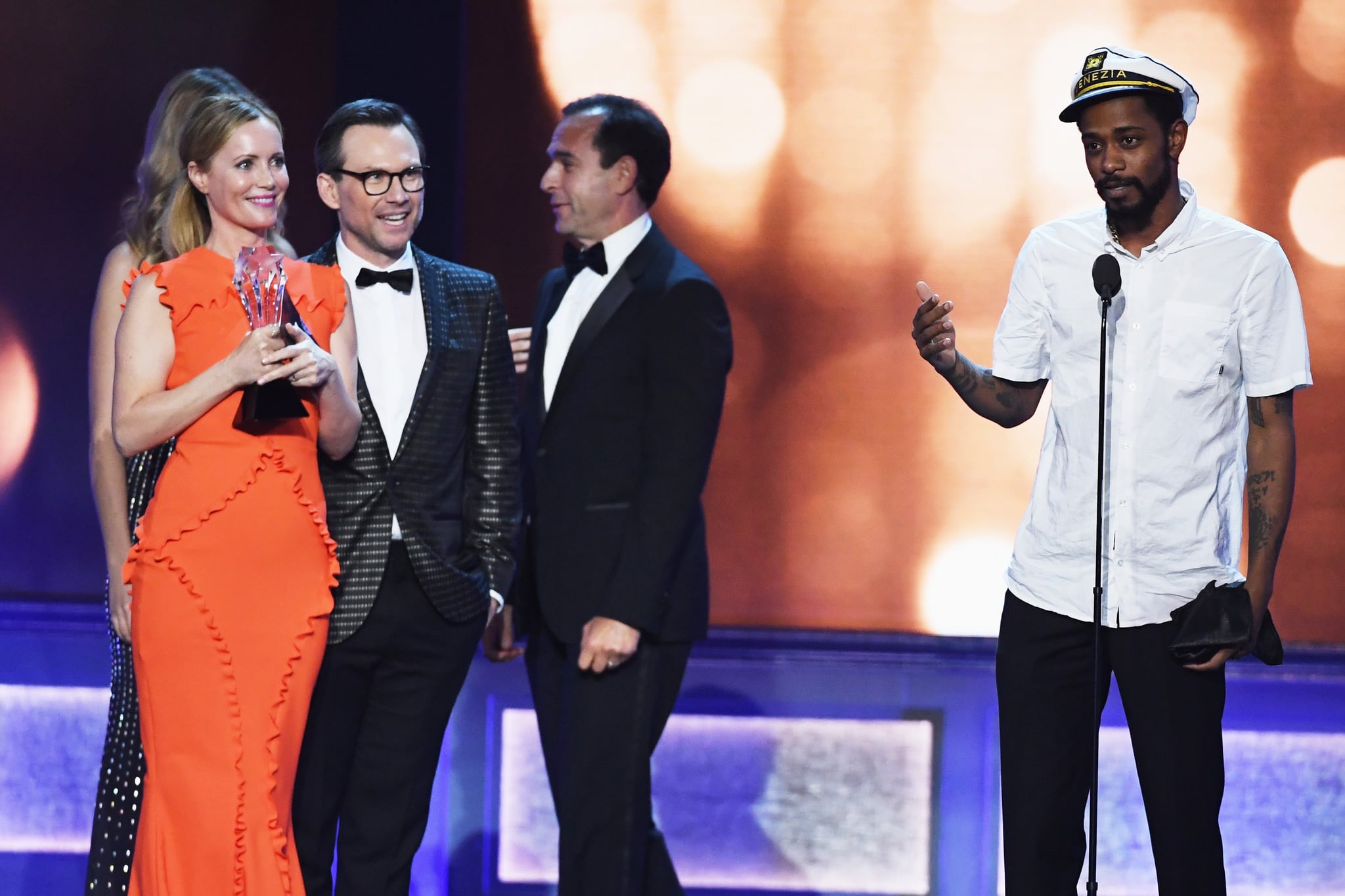 Silicon Valley was the lucky recipient of the best comedy series trophy at the Critics' Choice Awards on Sunday night, but it felt more like we were watching Taylor Swift and Kanye West at the 2009 MTV Video Music Awards instead. When producer Tom Lassally went on stage to accept the award from presenters Leslie Mann and Christian Slater, Atlanta star Keith Stanfield beat him to the punch and gave a short acceptance speech in his place. Fortunately Lassally was able to give his real speech afterwards, although he looked pretty confused (as did the rest of the audience). If it's any consolation to Stanfield, his Atlanta costar Donald Glover took home the prize for best actor in a comedy earlier in the night.