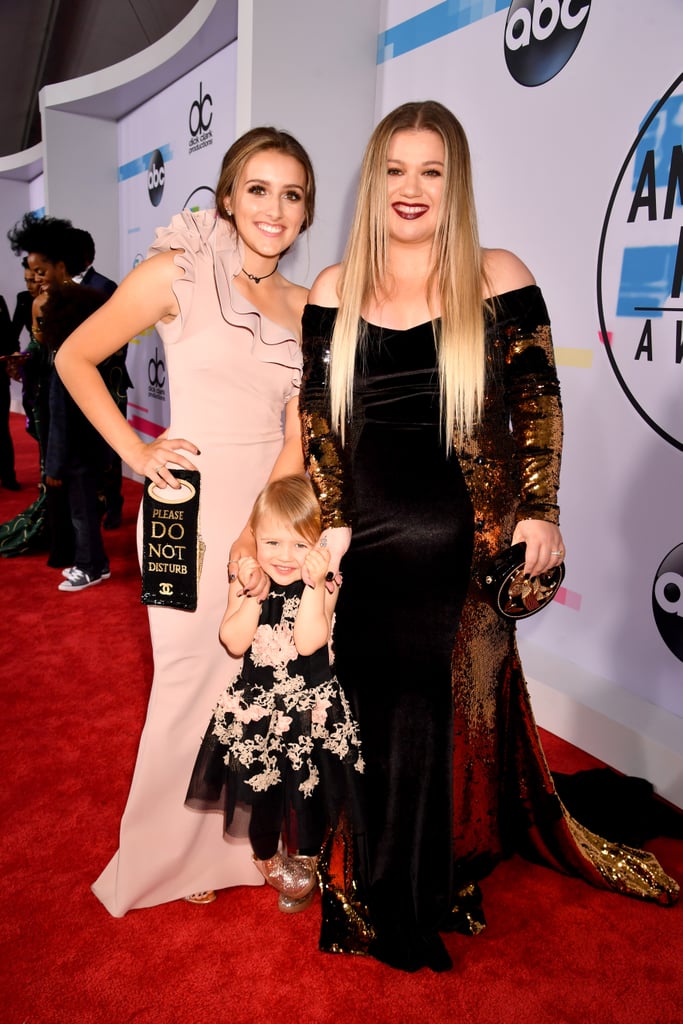 It was girls' night out for Kelly Clarkson at the American Music Awards in LA on Sunday. The singer, who opened the show alongside Pink with a beautiful rendition of "Everybody Hurts," hit the red carpet with her 3-year-old daughter, River Rose, and her 16-year-old stepdaughter, Savannah Blackstock, whom she shares with husband Brandon Blackstock. Before taking the stage, Kelly talked to E! News about how she manages being a mum and a singer. "I think it's any working mum, any working parent's struggle. It's a balancing act. We do our best," she explained, jokingly adding, "I am sure they will end up in therapy."

Kelly also opened up about her upcoming stint on the next season of NBC's The Voice. "I like that I get to be a coach and not a judge. 'Cause I am not good at judging. But I am really good at coaching and feeling like I have been them." Keep reading to see more photos of Kelly's night.