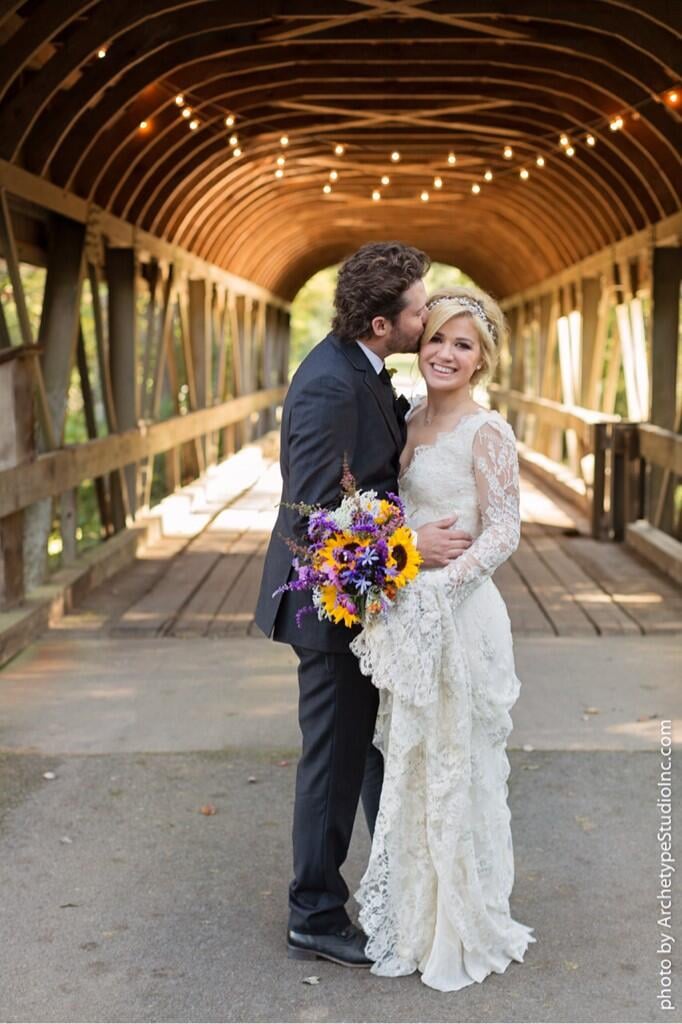 Kelly Clarkson married Brandon Blackstock in a small ceremony in Blackberry Farms, TN, on Sunday. Kelly, who wore a Temperley London gown for the big day, confirmed the news via social media, tweeting, "I'm officially Mrs. Blackstock :) We got married yesterday at Blackberry Farms in TN, the most beautiful place ever!" Wedding buzz began last week when Kelly told Access Hollywood that she and Brandon would be getting married "really soon." Days later, it was reported that the couple had obtained a marriage license in Sumner County, TN, just north of Nashville.

Kelly and her fiancé dated for a year before getting engaged, and since Brandon proposed in December 2012, Kelly has made no bones about her plans to tie the knot as soon as possible. Though the singer began planning a backyard wedding earlier this year, she then "got so overwhelmed by it — all the decisions" and decided to elope instead, explaining, "We would rather have an intimate moment that's special." And after the wedding? "I want babies, like, right off the bat!" Kelly revealed in an interview earlier this month, adding, "I already told him that when we're past the wedding, I want a baby."

Congrats to Kelly and Brandon!