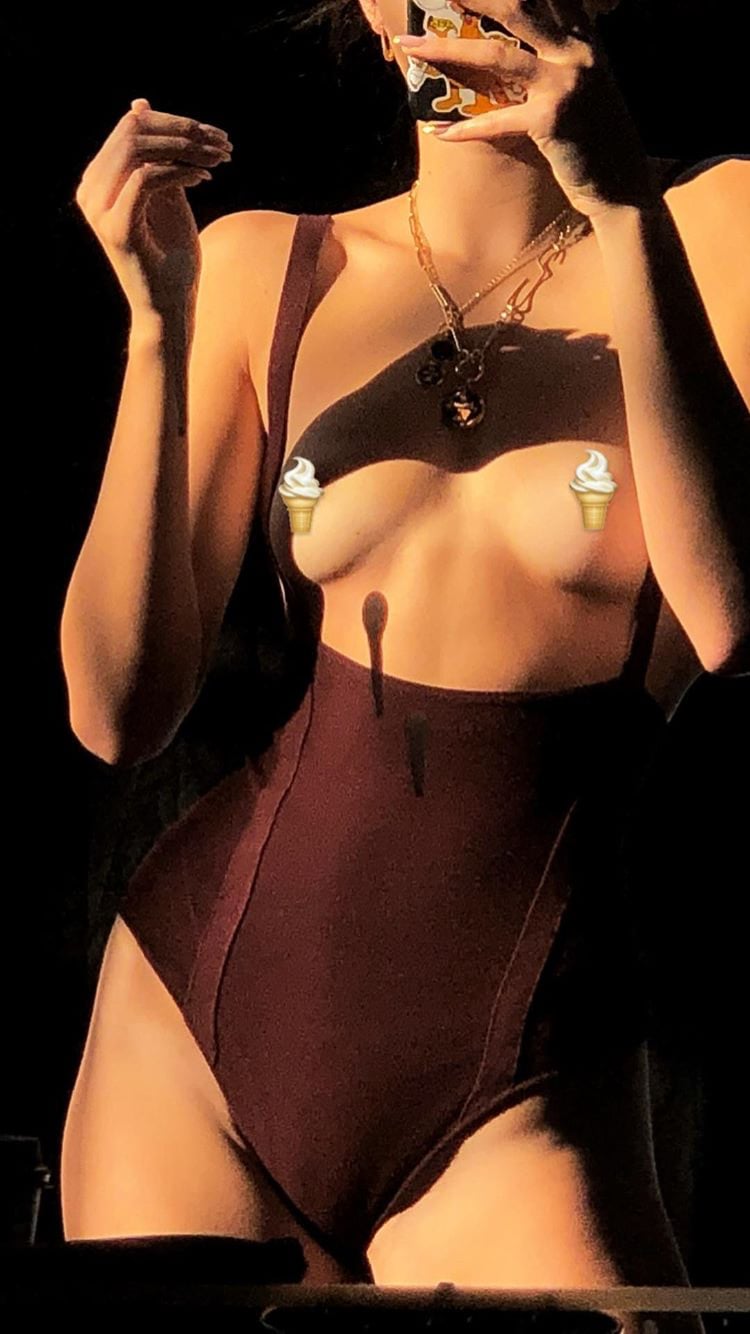 Kendall Jenner is taking a page out of her big sister Kim Kardashian's book and shedding her clothes on social media. On Thursday, the 22-year-old model posted a topless snap on her Instagram Story, leaving very little to the imagination. Just a few days before, Kendall posted yet another topless selfie, writing, "4am 🍷." The photo certainly got Kim's seal of approval, as she wrote, "Damn!!!!! 🔥🔥🔥" in the comments.

The sultry photos come only a few days after Kendall was spotted making out with Gigi Hadid's younger brother, Anwar, at the 2018 CFDA Awards. Nearly a week before, she was linked to NBA star Ben Simmons after they were spotted hanging out together in LA and NYC. Looks like Kendall is having fun and enjoying playing the field!